You are welcome to discuss various security topics with our professional team and other users like you!
Read our Registration Agreement and create your FREE account here!

This section allows you to view all posts made by this member. Note that you can only see posts made in areas you currently have access to.

Internet and Networking Security / Pwnie Awards 2016 Nominees! Should we be laughing or what?

Pwnie for Best Junk or Stunt Hack (new for 2016)
Nominees:

Pwnie for Best Branding
Nominees (with the best sites and logos):

What do you guys think? Oh, btw, the awards will be given during this year's Black Hat USA Conference. Anyone attending?
3

Web Browsing Practices / Re: do you use DuckDuckGo?

I recently switched to DuckDuckGo and I was wondering if people know about this search engine.

"At other search engines, when you do a search and then click on a link, your search terms are sent to that site you clicked on (in the HTTP referrer header). We call this sharing of personal information "search leakage."

For example, when you search for something private, you are sharing that private search not only with your search engine, but also with all the sites that you clicked on (for that search).

In addition, when you visit any site, your computer automatically sends information about it to that site (including your User agent and IP address). This information can often be used to identify you directly." etc

Also, I read that they have implemented Tor but I can't find it

This is what I found: https://techcrunch.com/2016/05/31/tor-switches-to-duckduckgo-search-results-by-default/
It seems that Tor has switched to DuckDuckGo results by default

Web Browsing Practices / Vivaldi Browser - Is It Worth It?

It is definitely intriguing – its user approach seems to be quite unique and you will be able to modify your browsing experience however you like it.

This article has some answers, in case you're still wondering whether it's worth it or not

Software Reviews / Re: What is Heimdal PRO?

Internet and Networking Security / How much do you know (and care) about Android app permissions?

« on: June 03, 2016, 03:04:04 pm »
We may not spend too much time thinking about the safety of the information we share (or the information we permit access to), but we spend enough time on our smartphones to be exposed to various perils.

Here's the whole article on the subject: http://sensorstechforum.com/android-app-permissions-and-your-phones-privacy/
7

« on: June 03, 2016, 02:54:26 pm »
As we all know, private browsing, generally referred to as 'p0rn mode', is one of the easy ways to sustain some level of online confidentiality. Unfortunately, private browsing is not enough if you truly wish to remain ‘unseen’. There are several basic myths that surround the private browsing mode:

So, what are your thoughts?

Off-Topic Discussions / The things computers do in the movies!

What would you add to the list? Any concrete examples you can think of?

Things Computers Can Do in Movies

1. Word processors never display a cursor.
2. You never have to use the space-bar when typing long sentences.
3. Movie characters never make typing mistakes.
4. All monitors display inch-high letters.
5. High-tech computers, such as those used by NASA, the CIA or some such governmental institution, will have easy to understand graphical interfaces.
6. Those that don't have graphical interfaces will have incredibly powerful text-based command shells that can correctly understand and execute commands typed in plain English.
7. Note: Command line interfaces will give you access to any information you want by simply typing, "ACCESS THE SECRET FILES" on any near-by keyboard.
8. You can also infect a computer with a destructive virus by simply typing "UPLOAD VIRUS". (See "Fortress".)
9. All computers are connected. You can access the information on the villain's desktop computer even if it's turned off.
10. Powerful computers beep whenever you press a key or the screen changes. Some computers also slow down the output on the screen so that it doesn't go faster than you can read. (Really advanced computers will also emulate the sound of a dot-matrix printer.)
11. All computer panels operate on thousands of volts and have explosive devices underneath their surface. Malfunctions are indicated by a bright flash of light, a puff of smoke, a shower of sparks and an explosion that causes you to jump backwards.
12. People typing on a computer can safely turn it off without saving the data.
13. A hacker is always able to break into the most sensitive computer in the world by guessing the secret password in two tries.
14. You may bypass "PERMISSION DENIED" message by using the "OVERRIDE" function. (See "Demolition Man".)
15. Computers only take 2 seconds to boot up instead of the average minutes for desktop PCs and 30 minutes or more for larger systems that can run 24 hours, 365 days a year without a reset.
16. Complex calculations and loading of huge amounts of data will be accomplished in under three seconds. Movie modems usually appear to transmit data at the speed of two gigabytes per second.
17. When the power plant/missile site/main computer overheats, all control panels will explode shortly before the entire building will.
18. If you display a file on the screen and someone deletes the file, it also disappears from the screen (See "Clear and Present Danger").
19. If a disk contains encrypted files, you are automatically asked for a password when you insert it.
20. Computers can interface with any other computer regardless of the manufacturer or galaxy where it originated. (See "Independence Day".)
21. Computer disks will work on any computer has a floppy drive and all software is usable on any platforms.
22. The more high-tech the equipment, the more buttons it will have (See "Aliens".)
23. Note: You must be highly trained to operate high-tech computers because the buttons have no labels except for the "SELF-DESTRUCT" button.
24. Most computers, no matter how small, have reality-defying three-dimensional active animation, photo-realistic graphics capabilities.
25. Laptops always have amazing real-time video phone capabilities and performance similar to a CRAY Supercomputer.
26. Whenever a character looks at a monitor, the image is so bright that it projects itself onto their face. (See "Alien" or "2001")
27. Searches on the internet will always return what you are looking for no matter how vague your keywords are. (See "Mission Impossible", Tom Cruise searches with keywords like "file" and "computer" and 3 results are returned.)
11

Malware Removal Questions and Guides / TeslaCrypt 4.2 Released! Have you been infected?

« on: April 28, 2016, 03:50:40 pm »
Apparently, a new version of the infamous TeslaCrypt has been released in the wild, already infecting victims and encrypting their files.

Some technical features of the ransomware have been changed. Read more about it here: http://sensorstechforum.com/teslacrypt-4-2-released-remove-it-and-try-to-restore-your-files/

However, the most striking change is the simplification of the ransom note, which has been deprived of the colorful explanation. Only the payment methods have been left.

Off-Topic Discussions / Re: What if you didn't own a smartphone?

I agree, but I personally would prefer the Nokia 3310!
As the legend goes, it is unbreakable, and can also help break other stuff. 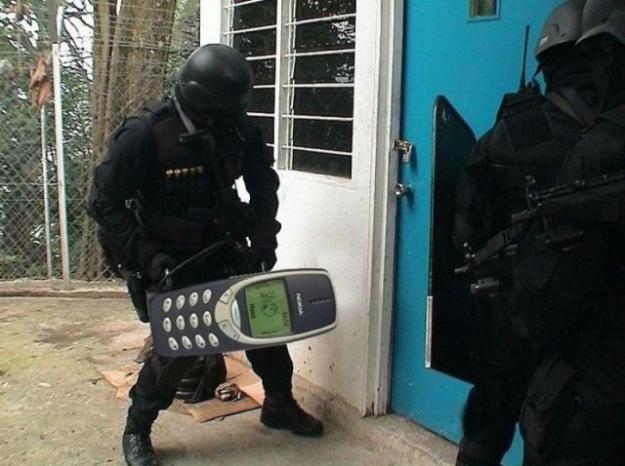 So it has multiple purposes like a smartphone, without the problems that arise from one.

Off-Topic Discussions / Re: IT Jokes and Overall PC Stupidity

« on: April 27, 2016, 03:14:32 pm »
Let's share either some personal experience with inexperienced users (come on, tech support people!) or jokes we found online and thought were worth sharing!

Tech Support: "May I ask what operating system you are running today?"
Customer: "A computer."

When the customer has no idea but doesn't want to give a wrong answer rightaway:

Tech Support: "Do you know what operating system you're on?"
Customer: "Hmmm...what would be a good answer?"

Q: How many programmers does it take to change a light bulb? A: None, that's a hardware problem.

Do you ever go there?

Where's the best place to hide a body? Page two of Google.

The kid is probably into programming today...

Kid: Daddy, how was I born?
Dad: Ah, very well, one day you need to find out anyway! Mom and Dad got together in a chat room. Dad set up a date via e-mail with your Mom and we met at a cyber cafe. We snuck into a secluded room, and then your mother downloaded from your dad's memory stick. As soon as dad was ready for an upload, it was discovered that neither one of us had used a firewall. Since it was too late to hit the delete button, nine months later the blessed virus appeared. And that's the story.

Malware Removal Questions and Guides / Re: My files are encrypted with the .ccc extension. Help!

Have you tried using such software: http://sensorstechforum.com/stellar-phoenix-windows-data-recovery-software-review/ to restore some of your files?