F-Secure is a proven leader and offers one of the best antivirus solutions on the market. Its software is licensed for the price of 39.99€ per year and operates actively at all times. It is also capable of discovering all types of malware in an average user’s computer. The program has the complete capability to remove Trojan horses, rootkit viruses, vermes, hazardous programs and rogue applications. It also has an active shield, protecting the PC from malicious scripts, processes and other active cyber threats in real time.

NB. The following article is a review of the F-Secure Anti-Virus software. We have tested the tool on Windows 7. 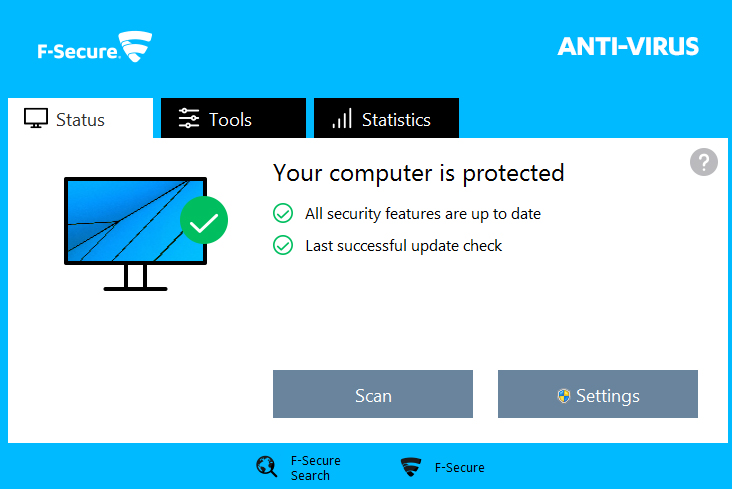 F-Secure contains a user-friendly interface, and it has the latest advanced protection mechanisms an antivirus can offer to their clients. It is a lightweight program that does not require much CPU usage to run and can protect you silently but effectively. Users get accustomed to the software fairly easy, and some satisfied users report discovering many harmful files that they did not even suspect were present on their systems.

F-Secure has many benefits that outline it as one of the best antivirus programs out there. One of them is that the program is also oriented in detecting low-level threats, like ad-supported programs, toolbars and any potentially unwanted applications.

Here are some of the main features when using F-Secure Antivirus:

When the antivirus software was tested against active malware the results were good, so the software can surely protect you from malicious files that are on your computer. Its update operations were rather fast as well. além disso, the software performed well during the scan, catching up to 80 percent of malicious samples. 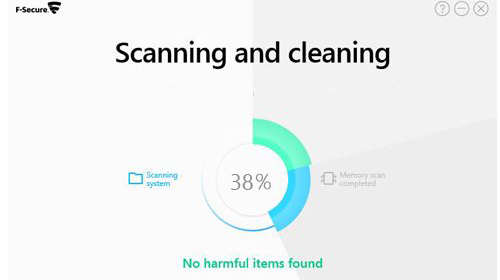 além disso, F-Secure was able to stop any malware that was situated actively on the affected computer’s hard drive. We also liked the malicious e-mail attachment protection. Finalmente, we also enjoyed the availability to monitor various applications and restrict their permissions.

Another big plus is its Deep Guard feature that watches for suspicious files and blocks files with rare behavior and suspicious names which are not often used with the following message:

→“DeepGuard has blocked an application because it was not commonly used:
Inscrição:(ex.)suspiciousfile.exe
Razão:(ex.) This file is rare and not used.”

The feature also has the option to unblock immediately the application if it is legitimate.

What Is Missing in F-Secure AntiVirus

There are some features missing from F-Secure but present in competitors’ produtos antivírus, such as the lack of phishing protection or any malicious URL blocking in F-Secure.

The other one is that there were certain uncomfortable things which were discovered in the UI (user interface) of the antivirus. Other features that could be improved are the Configurações menu which we found to be rather simplistic. 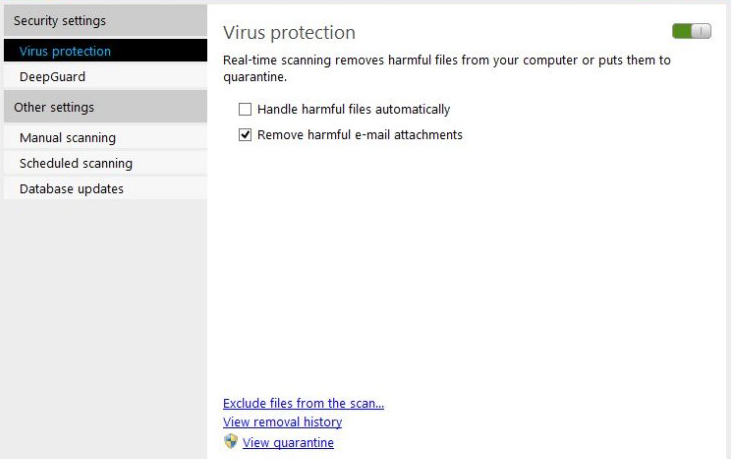 It may be a good option for users who are more technical to have an advanced settings option that has more preferences to change.

Along with the development of the Internet and involving it even more actively in our daily lives (the Internet of Things), cyber-crime has also evolved. This is why users must always be one step ahead when it comes to viruses and spyware. Here is where F-Secure antivirus comes in. It features one of the best protection definitions in the market, and you can be sure that you are ensured maximum protection at all times.