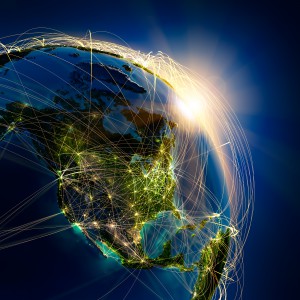 Truth is the more conscious and alert we are in real life, the safer we will be in the cyber space as the cyber space is simply mirroring our physical world and thus –our own selves:

These two worlds have become tightly interdependent and the quality of our own lives would naturally depend on their states but mostly on our own attitude towards them.We may be more connected and informed than ever, but we have become more vulnerable as well. If we are unable to balance between the physical and the cyber world, then we are to bear negative consequences such as:

Knowing or having experienced any of the above…

1. Why are we then so bluntly racing to report everything we do via the social channels even when no one is asking for it?
2. If we carry invaluable information on our computers, so important that our work, life, relationer, etc. depend on it, why don’t we all back it up the least?
3. Criminals have broken into our homes while we were on a vacation, and yet we talked up our holiday plans on social media prior to leaving.`

Whether our life-saving computer files have been decrypted, or we have forgotten a physical file with life-saving information in the metro- station, the result is one – we pay for our negligence and ignorance. Så, do not put the whole blame to cyber crooks and don’t get frustrated by their progress. Snarere, look into your own attitude first. Their success largely – if not solely- depends on us too.

Huske: whatever we do and happens to us via the cyber space, mirrors our own selves in the physical world. That simply means we still have power to change what we don’t like and what we don’t want.