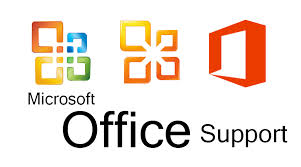 Microsoft had taken a decision to launch the new edition of Office for Mac in the second half of 2015. This will most probably result in the company’s extended support for the Office for Mac 2011. On the last Friday of October Microsoft presented its general timetable for the new edition of Office for Mac, confirming that it will provide a public beta in the first six months of the next year, which will be followed by a final release in the second half of the year.

This is expected to put the clients who are using the current Office for Mac 2011 in a difficult situation, as the support for that addition will cease in less than 14 meses, most probably within weeks of the replacement debut. According to the support schedule, Microsoft is expected to deliver the last security updates in the very beginning of January 2016.

The companies that are using Office for Mac consider the migration window of several months as being insufficient, no matter if they have purchased perpetual licenses or have acquired the suite using the subscription-based Office 365. In this case Microsoft will most probably act in the same manner as in 2009, or in other words it is expected that the company will extend its support.

Office para Mac 2011 has been launched in October 2010 and thus the users had 15 months to move from the 2004 edição. In case Microsoft acts in the same manner this time, the company will reset the retirement of Office for Mac 2011 no início 2018. The support lifecycle page of Microsoft from 1st November however was not changed and the support deadline date shown was still 12th Jan 2016.