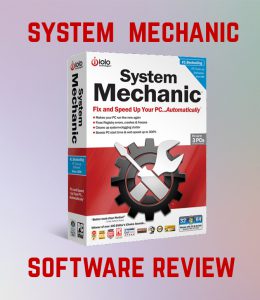 Por ser um segmento altamente competitivo, we have decided to review this program from the user’s perspective and illustrate how does it feel and what type of features it has to users and most importantly concur whether or not this software is as good as experts claim.

System Mechanic – More Information About It

After we had installed the approximately 45 MB programa, we noticed that it was relatively average regarding how much resources it takes from the computer.

But fortunately enough, this comes at a good cost, because according to the notorious website toptenreviews.com, System Mechanic optimized the highest percentage of the testing machine, after the experts there conducted benchmarking test of the hardware’s speed with and without System Mechanic installed:

The program is designed to be professional as well, e its interface points out to the focus of the designers on logical overview of the computer being optimized:

This is very good to look at, and it contributes perfectly to the advanced features of the program, which typically for most modern system optimizers are not only limited to increasing the speed of your computer. System Mechanic has a lot of other features that improve the overall experience and the stability of the machine as well: além disso, we particularly liked the real-time optimization configuration, which enables different features in real time to speed up the computer: 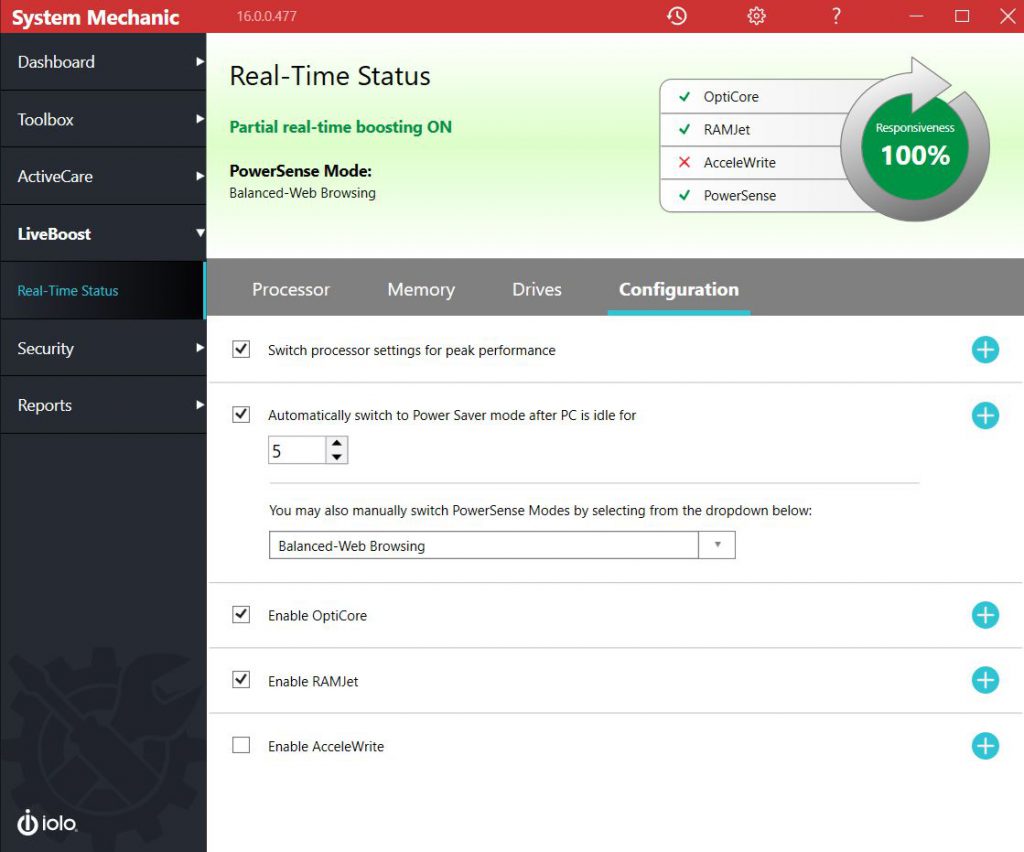 The program also includes several trademark technologies and mechanisms that make it top-of-the-line:

AcceleWrite™ – Using its patented algorithms to write down files faster on the hard drive.

OptiCore™ – The usage of pre-programmed code which adjusts processor power utilization based on priorities of resources, significantly increasing the power responsiveness of the CPU.

RAMJet™ – Recovers access memory which is “blocked” by some applications and makes it run efficiently when it is required.

Core Data Recalibrator™ – Looks deep into the corrupted memory in Windows and aims to correct information. The benefit of this technology is that it runs automatically and corrects such erroneous data by itself before it becomes aggregated and crashes Windows.

Stability Guard™ – This interesting technology, according to Iolo, has sophisticated ciphers that make it reverse engineer automatically the processes behind different system freezes and errors caused on the computer of the user. This helps this program to identify suspicious search engines, software Rogue e outro unwanted applications.

Program Accelerator™ – This mechanism enhances the performance of different software installed on the computer.

There are also other interesting features of this software like technologies that stop inactive background applications, optimize registry entries and keys and others.

além disso, we also enjoyed another interesting feature of System Mechanic, its Automatic Maintenance settings that keep the computer healthy when it is left switched on: 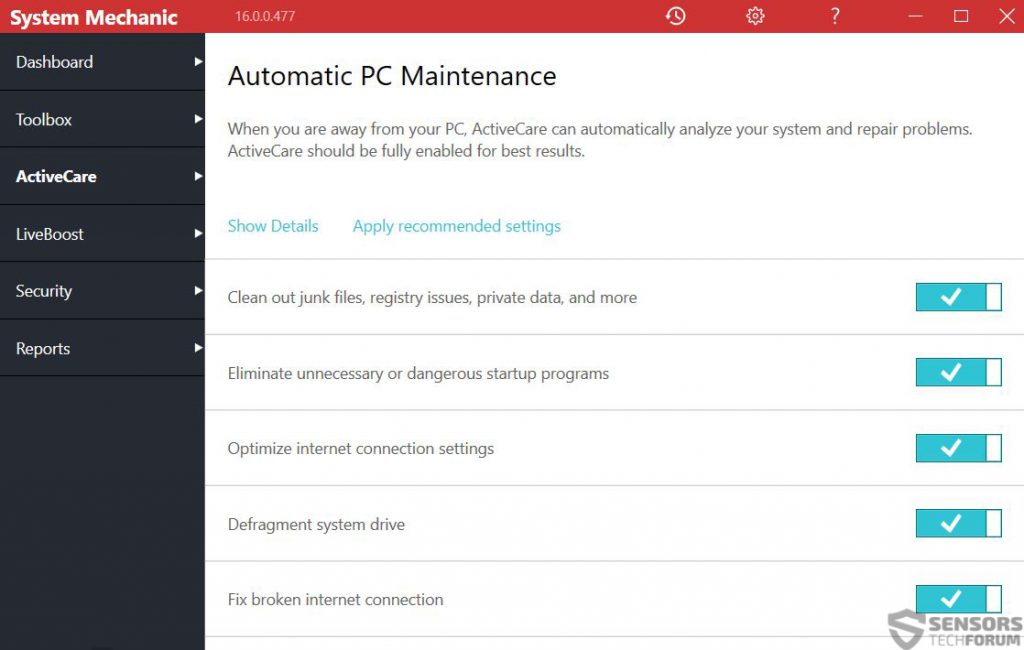 This automatizing feature is particularly suitable for desktop computers which could be left switched on for different reasons.

Como uma linha de fundo, this program can do the job for your computer. sim, it will take up a little more ram while being idle on your computer than the usual but the space which it will optimize in return for that may be significantly more than that. What we also liked is that Iolo® offers free installation on all home devices if users purchase one license which is a good solution for small office and home devices. We would recommend this program to both inexperienced users and professionals alike.