Central computer processors have been at the core of computer architecture and with time, they have set the boundaries higher and higher by having more complex arithmetic-logical devices (ALUs) which enabled the clock speed to go higher. But CPUs have not only gone up in power – they have also become efficient as well, enabling them to be added to smaller devices, like laptops and smartphones. But the main focus here is not that – we want to show you the 10 best and most powerful processors out there.

Since we have decided to make an ambitious project and refrain from any type of category, like many websites do and show you “best for gaming”, “best for office”, “best for servers”, we will show you something else – best processors in terms of one thing and one thing only – power. sim, the mind-boggling speed of loading your OS in a matter of eye-blinking and the insane speed making you run your torrent program, 4 active games and handling a video conversation on skype while watching a 4k video on YouTube. All of these are what this article is about – the best available CPU in terms of power no matter the purpose, the size or the cost. 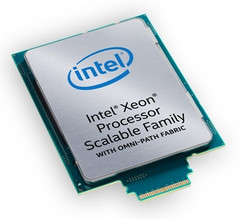 Built specifically for data centers, this crazy CPU Is part of the Intel Xeon’s 8th gen Platinum technology and the processors here have been created to make Intel the rulers of the data center kingdom. Created in a world, where the technology is constantly pushing users to upgrade and upgrade and upgrade, Intel have kept adding more and more processing power in the sense of increasing the size of cores. And the Xeon Platinum 8180 is the perfect example for that. This insane CPU has a mind boggling 28 cores running at 2.1 GHZ without any turbo what so ever. And with an average power consumption of 165W, they have managed to squeeze out 56 threads that successfully communicate with motherboards, whose north system bus is compatible with LGA 4367 sockets.

Intel has not only created a CPU for businesses and data centers here, but they have also made it a Scalable one too. Featuring improvements in a reworked cache topology and a new mesh interconnections, a 8180 is the type of device which can offer increased scalability and performance.

And following times, when DDR4 memory has a quicker modules, supporting up to 768 GB of r RAM, which results in more support for such DDR4 memory plus a hell of a lot more PCIe connectors, especially in CPU mining motherboards. E sim, we cannot deny that the technology is changing, and the Xeon Platinum 8176 has a lot of capabilities when we talk about tech innovation. Such tech are the expanded QuickAssist technology capabilities and new features being added that are not available on your typical CPU, like 100Gb/s omni-path networking fabric, which has been created to go directly embedded in the Xeons of today and it also comes together with a 10 gigabit Ethernet controller directly on the platform hub.

All of this technology has surely resulted in a CPU that has dramatically increased in terms of size, in comparison to traditional Intel Desktop CPUs (i7s and i9s). And while intel has dramatically innovated the tech of it’s CPUs, it has not changed what simply works – like the old LGA socket method for holding the CPU with plastic clamps, which is a truly sturdy and more rugged way to keep “the beast on a leash”.

And the number of the socket is important too – FCLGA 3647 – this basically means that it contains the enormous amount of 3657 pins which are more than previous models and transfer data impulses from It’s mind-boggling 28 núcleos. E não só isso, but other technologies when it comes to this CPU also include the Host Fabric Interface (HFI) which allows 100GB/s network transferring via a dedicated PCIe 3.0 x16 connection. And last but not least at all, the socket itself has a mounting mechanism which enables Omni-Path processors to be plugged via an Internal Faceplate-to-Processor cable – yeah, this is not a dream – networking cables directly into your CPU – brutal. And the cost is expectedly cosmic too – we are talking about a price higher than $13000 US ones, making it the most expensive CPU intel has ever made. 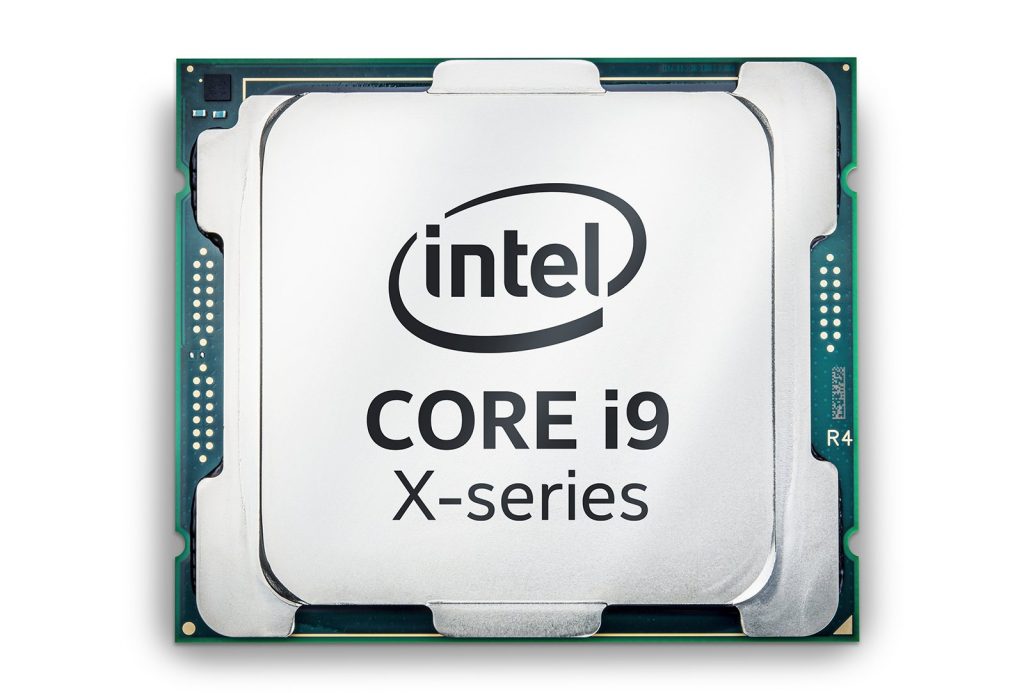 Having some of the technology taken from the Xeon processor family, the Intel Core i9-7980XE is what you may consider the high-end brother of the Xeon 8th gen architecture of processors. But when we write the word “young” do not take it as less powerful, because this beast aims to compete with the AMD Ryzen Threadripper processors by having 18 cores and costing almost $2000. Many believe that this price strategy of intel is the result of the success of their i7 X processors from the Broadwell-E generations which were succeeding at $1,569.

Com 18 cores and double of that number threads, the Intel Core i9-7980XE is truly a beast. And it is marvel of technology and mind boggling to think that this much power is contained in a 14nm architecture (Skylake). Além desta, the processor also has support of SmartChache (~25MB) and support for 44 PCIe 3.0 conexões. What is interesting is that it’s average power consumption is the same as the Xeon we reviewed above – 165W. And the performance of this CPU is insane as well, with it’s 184 points score in the CineBench benchmarking test for a single core performance. And it has all of the 18 núcleos, clocked at a 2.6 with a boost of 4.4. GHZ. Compared to that, a modern i5 processor of Intel would have a 179 performance per core and such only have around 4 para 6 núcleos. And out of 9 tested games, TechRadar have established that only in Total War: Warhamme 1080p the AMD Ryzen TR 1950X processor has a better framerate with only 8 frames, whereas in the other 8 games tested, the i9 demolishes(https://www.techradar.com/reviews/intel-core-i9-7980xe) the Ryzen.

And this is with stock performance, but what about overclocking? The i9 is performing very decent even after being overlclocked and it’s technology allows it to keep a cool temperature which is almost always under 55 degree Celsius and a maximum temperature during the overclocking process of 87 degrees – impressive indeed. But having a thermal paste instead of the CPU being soldered does have it’s effect on it, primarily because of the fact that it makes it a bit unstable when you try to push it to the limits. But this is not to worry you because the processor can easily go up to 4 GHz for all of it’s cores at 1 volt electricity. Então sim, the price is indeed worth it, considering the insane performance and the stability during and after overclocking this CPU. And when we discuss the price – you do get exactly what you pay for and even more than that. 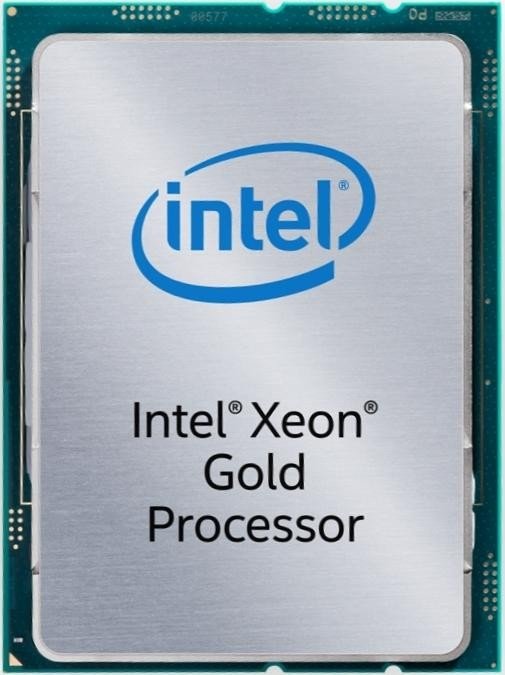 Being one of the enterprise-grade CPUs, the Xeon Scalable processor Gold 6154 is one of the most well performing ones. The CPU has 18 cores and 36 threads and just like the Xeon Platinum processors, it uses a mesh architecture, which is way more performance efficient in comparison to a ring bus.

The Xeon Gold 6154 has a 14nm architecture and a 3 GHz base clock with a 3.7 GHz frequency during turbo. When we talk about power efficiency, it is a bit consuming with 200W TDP. It also has UPI links, 3 to be precise and it can scale up to four CPUs, which is why it is a scalable CPU. The CPU can support up to 48 PCI-E lanes and it has the support of 767GB of RAM running at 2666MHz. This does not bother the CPU to perform better in the benchmark tests to most of the newer i9 and AMD Threadripper processors and also better than the XEON W-2195.

Several things could have been added to this CPU, which are available with the Skylake-X processors, like Turbo Boost 3.0 version and Optane Memory, but you do get support for AVX3. The socket is rather familiar and it is the 3647 pinned one which is good, because the whole Xeon family of processors’s newest iterations use this socked, in comparison to the older one, using a lower number of pins. The Xeon is not that much different with smart L3-Cache of 25 MB and a hefty price tag of around $3500 USD. But for that, you do get a CPU which will certainly serve a good purpose for enterprise and home use, is stable and performs mind-blowingly fast. 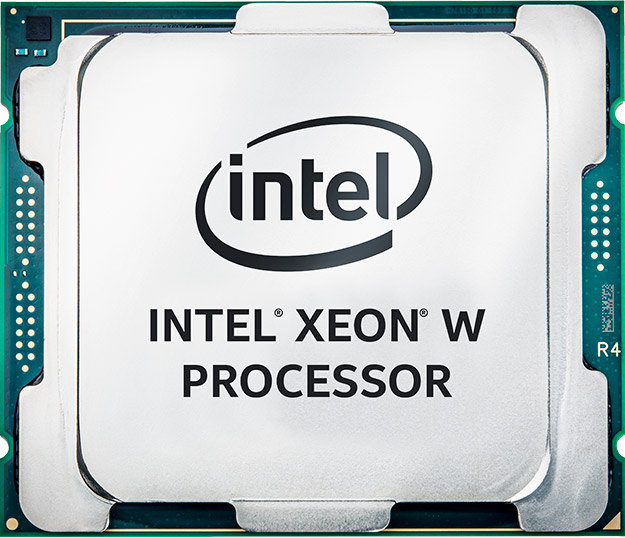 Based on the Skylake technology, the W-2195 Xeon has been originally created to service single-socket workstations. The Xeon W has 18 cores and 36 thread with a 64 bit architecture and it has a 25 MB L3 cache. The 2666MHz DDR4 RAM it can support is up to 512 GB of ram and it has BMI (Bit Manipulation instructions) versões 2 e 1. In addition to the AVX (advanced vector extensions), the processor also has Turbo Boost 2.0, which is a bit of disappointment, because it could have included the newer version 3.0, but the boost is sufficient enough to higher the clock speed in Turbo to 4.3 GHz from a default frequency of 2.3 GHz. But unlike the Gold and Platinum Xeon processors, this one uses the socket LGA-2066, which features 2066 pins, much lower in comparison to the newer ones, having over 3000 pins.

This does not stop the a bit older Xeon W-2195 to prove what the Skylake technology is capable of and get a higher PassMark benchmark score than i9-7960X and Xeon Gold 6138 and way above the Threadripper 1950X. And much like it’s 14nm rivals it also supports a lot of PCI Express 3.0 interfaces – 48 no total. And with a power consumption of 140 Watt, the processor is power-efficient as well, putting it in “one of the best” list for sure. And these are most likely the primary reasons why this CPU is priced at around $2500 – you get a lot of bang for your buck. 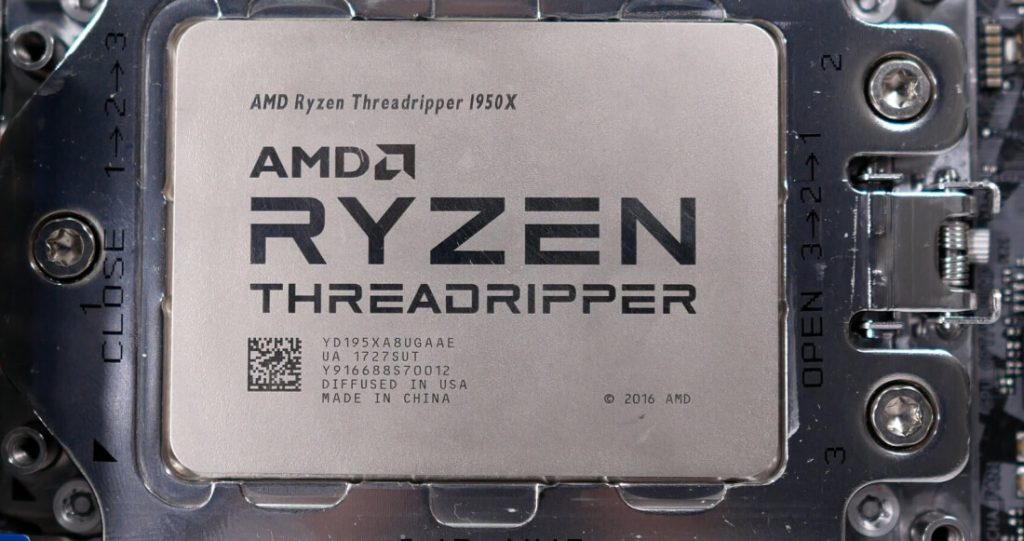 When it comes to this generation and family of processors, one word should spring to mind – overclocking. The insane AMG Ryzen processors were launched at the end of last year and since then people have been prova their overclocking potential. So if you want to overclock a CPU which will be able to launch without any XFR tech and is a lot cheaper, the AMG Ryzen Threadripper 1950X is the type of CPU to go for.

o 16 cores are the most of the AMD’s Threadripper series and the price of the 1950X at the moment is the solid $999 – almost twice lower than it’s main competitor we have reviewed above.

The 1950X is the type of CPU which has up to 32 threads from 16 cores and a base clock of 3.4 GHz. But this is nothing compared to it’s boost, which goes as far as 4.0 GHz por núcleo. Além desta, the TP3 socket, used by the 1950X is also the type of socket being used by other Ryzen Treadripper processors as well, since the ability to use the SMT (Simultaneous Multi-threading).

The processor can be pushed to a lot, when it comes to overclocking, and some users even report to have upped it to 4.1GHz on all of it’s cores but they also afirmação that this can be achieved by using specific cooling methods, like Thermaltake’s Water 3.0 liquid cooling. This is way higher to Intel’s 16 core analogues, even if they are clocked. And the voltage at which this is done is 1.4V where the CPU managed to top out at 85 degrees Celsius temperature., which is a bit warmer, but for AMD, this is completely fine. So if you are on a budget, this is the type of CPU to go for, if you want to run demanding tasks.

Contrato: Be advised that the opinions expressed on this website are solely ours and they are not biased towards any specific hardware company or any other organization. As opiniões também são baseadas na nossa investigação, que inclui dados em primeira mão, bem como informações de segunda mão e aconteceu aproximadamente 30 dias antes este artigo foi publicado.