As hackers keep on targeting the online advertising world, which is considered the back of the Internet economy, more and more online brands are facing the need to eliminate the hoax of malvertising. A fresh example for such action is Facebook’s new initiative to double the bounties for white hat hackers who detect and report vulnerabilities in the advertising platform of the social media UI and in the backend code, which main purpose is to assist in the targeting, delivering, billing measuring the ads. This way Facebook developers hope to encourage the researchers to get to know the matter in detail. 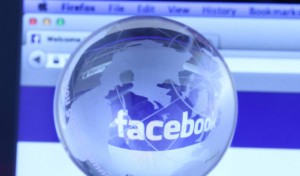 The initiative is a clear sign that big internet companies are aware of the issue they have to deal with as the cyber crooks have found a way to turn advertising platforms into an extremely profitable venture.

Malvertising is mostly linked to click fraud, but some security experts see it as a next-level exploit kit. It is increasingly used as a distribution method. Many researchers question the effectiveness of the doubled reward as a tool for solving the malvertising issue that Facebook users and customers face.

O problema, according to analysts for Invincea, is that real-time ad bidding lets the bid winners to redirect users to self-hosted content that is not controlled by the ad platform. Cyber crooks are winning such bids; this allows them to redirect users to exploit kits available online for only a few minutes in order to deliver the malicious payloads to the targeted system.

The experts also report an increase in malvertising whose targets are defense contractors as a part of cyber espionage attacks. If the Facebook campaign is going to solve the malvertising issue is questionable, but at least the social media is making an effort to prevent the attacks.