What Is Malicious Payload? [CyberSecurity Definition] 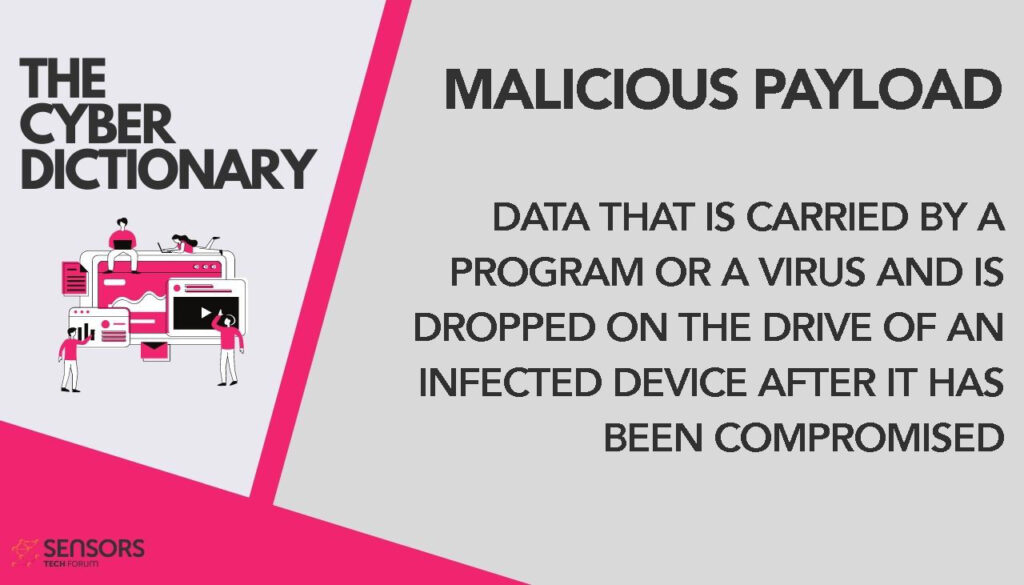 What Is Malicious Payload?

Short definition: Data, carried by a program or a virus and is left on the drive of an infected device as soon as it has been compromised.

A malicious payload is a term in cyber security that often describes the files and other objects dropped by malware on the infected computer system by it. The main problem of those payload files and objects is that they are very hard to find and often reside in hidden folders or deep within the system drive of the infected device. Some online – based viruses drop temporary payloads that are designed only to conduct the inspection process and performed the malicious activity that the malware is said to do and then are self delete it. Most malicious payload objects are obfuscated or hidden to make them undetectable from antivirus programs.

Depending on what the malware is coded for and how complicated it is, the payload can be more or less in terms of its size. Some malicious payloads could be kilobytes in size and others can be much more than that. Based on how the virus is programmed, the malicious payload may be extracted directly by opening the infection file or could be downloaded in a hidden manner from some type of command and control server, operated by the hacker.