Apple to Change Its Security Update Policy for iPhone and iPad 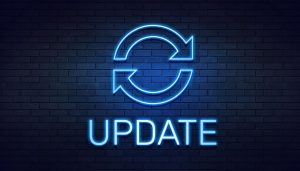 Are you a proud owner of an iPhone or iPad? You should know that it is highly likely for Apple to change how it delivers security updates to these devices.

Specific code detected in iOS 14.5 indicates that Apple is devising a new method to distribute its security fixes. The company may start delivering them separately from other updates.

Why is Apple changing the way it delivers security updates?

So far, the only way to apply security patches on an iPhone or an iPad has been to get the latest iOS update. This method is not flexible enough, as users may not want to install an iOS update altogether. It is noteworthy that Apple still updates iOS12 for older devices. However, currently supported devices can’t run this OS with the latest security fixes.

Observant eyes spotted a new section added to the iOS software update menu indicating that the Cupertino-based company will provide standalone security updates for iPhone and iPad. Furthermore, users will get to choose between security fixes and full iOS updates.

The new iOS 14.5 code also reveals that once a user downloads a particular update, they may need to delete it before installing the next iOS update.

“It’s hard to tell how exactly Apple plans to implement this in iOS, but one possibility is to continue offering security updates for iOS 14 after the release of iOS 15, so that users can choose to not update to the latest major version, but keep receiving important security patches,” 5to9mac points out.

Just a few days ago, we reported the discovery of a new security vulnerability affecting iOS, macOS, watchOS, and Safari browser was recently detected by security researchers. Apple has already released a fix for the bug, CVE-2021-1844. The flaw is triggered by a memory corruption problem that could cause arbitrary code execution while processing specially crafted web content.