Newsweek DDoS-ed Because of an Exposé on Donald Trump? 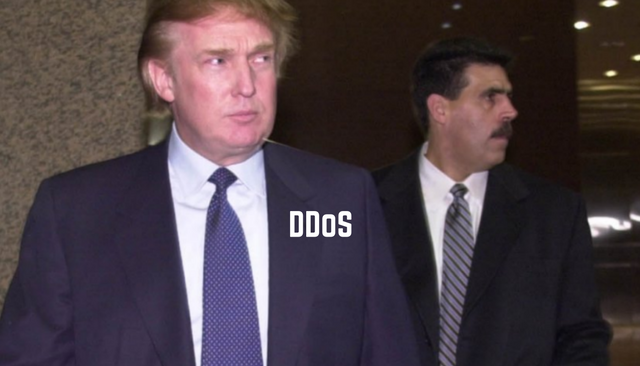 There’s a serious uptake in DDoS attacks, and as in many cyber threats, a DDoS can be carried out for political reasons. The Newsweek website just reported a heavy DDoS, and its timing is definitely not a coincidence. The website was attacked right after they published an exposé addressing an issue with some of Donald Trump’s companies. The article that drew the attention of the attackers is titled “How Donald Trump’s Company Violated the United States Embargo against Cuba”.

Documents show that the Trump company spent a minimum of $68,000 for its 1998 foray into Cuba at a time when the corporate expenditure of even a penny in the Caribbean country was prohibited without U.S. government approval. But the company did not spend the money directly.

The DDoS prevented access to the article on Friday, September 30. Then, the attack diminished and a report was released the next day.

According to the journalist who wrote the piece, Kurt Eichenwald, and Jim Impoco, Newsweek’s Editor-in-Chied, the incident is a definite cyber-attack. Here’s what the journalist posted on Twitter:

The reason ppl couldnt read #TrumpInCuba piece late yesterday is that hackers launched a major attack on Newsweek after it was posted.

Last night we were on the receiving end of what our IT chief called a ‘massive’ DoS (denial of service) attack.

Even though some websites can suffer huge traffic loads that can affect servers, Newsweek’s overall reputation shows that the media has enough resources to deal such issues. In an e-mail to Arstechnica, Impoco informed that they are “still investigating“, adding that investigators have “nothing definitive. As with any DDoS attack, there are a lot of IP addresses, but the main ones are Russian.”

The Newsweek attack took place about a week after the DDoS on KrebsOnSecurity, which is largely considered the best source for cyber security news. That attack was likely carried out by a group of individuals who didn’t like a recent series of exposés written by Brian Krebs.