USB Kill Can Destroy Your Computer In Few Seconds 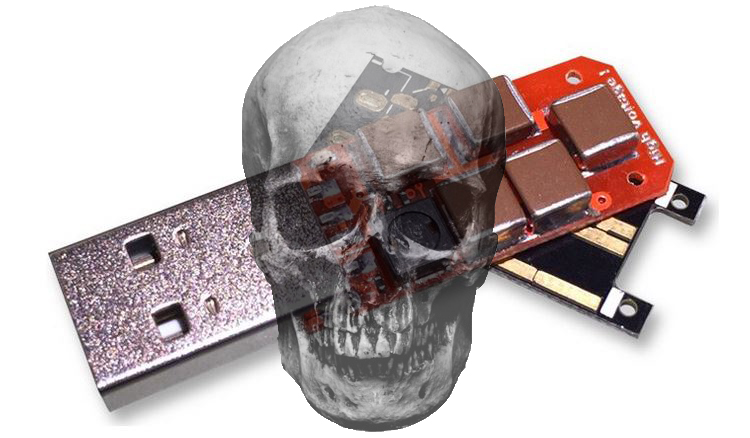 A device has appeared on YouTube, dubbed USB Kill 2.0. The little flash-drive look alike device is not like your average flash drive. In fact, according to it’s creators at www.usbkill.com it has nothing to do with a flash drive. It carries the USB kill name for one particular reason – it turns your computer into scrap in less than a second.

The little USB drive has been designed by a Chinese Hong Kong company who claim that this little device has the capability of reaching voltage up to -240V. And this voltage can be let into the computer as soon as the drive makes contact with it.

The concept of such devices is by far not new. But for the first time we see a USB stick that can wreck a computer using a repeated power discharge that is publicly available.

The appearing of this devices will most likely push PC designers into looking towards new methods of securing laptops since this small device can be bought for 56 dollars online.

Many more advanced users, however, believed that if you have the will, you can even make a device like this yourself, by simply taking a metal object and inserting in the USB port to short circuit the port.

The USB killer device is not reported to destroy the information stored on the hard drive, like documents and other data, but either way, it can destroy all of the key driving components of the computer, rendering it useless.

On the official Press Release report, the company behind USB Kill 2.0 clearly state the endangered devices from their product:

The designers of the device also aim to raise awareness, and they advertise the device as a testing one for future improvements.

Can You Protect Yourself from USB Killer?

One surge protection method is to add an extra layer of USB connectivity. This job can easily be done by using a USB hub for all your flash drives and permanently attaching it to your laptop. But this complicates a bit the situation with the other free USB ports on the laptop. This is why you can disable the other ports by taking the computer to a specialist who will do this for a fee. Another method to disable the USB ports is via Windows. Modifying the computer so that it runs directly via a hub can increase the safety of your computer, because if a USB surge occurs it will destroy the hub. Hubs are much cheaper to replace than a laptop or a desktop PC or any other USB supporting device.