What Is Fake Tech Support?

Home > What Is Fake Tech Support? 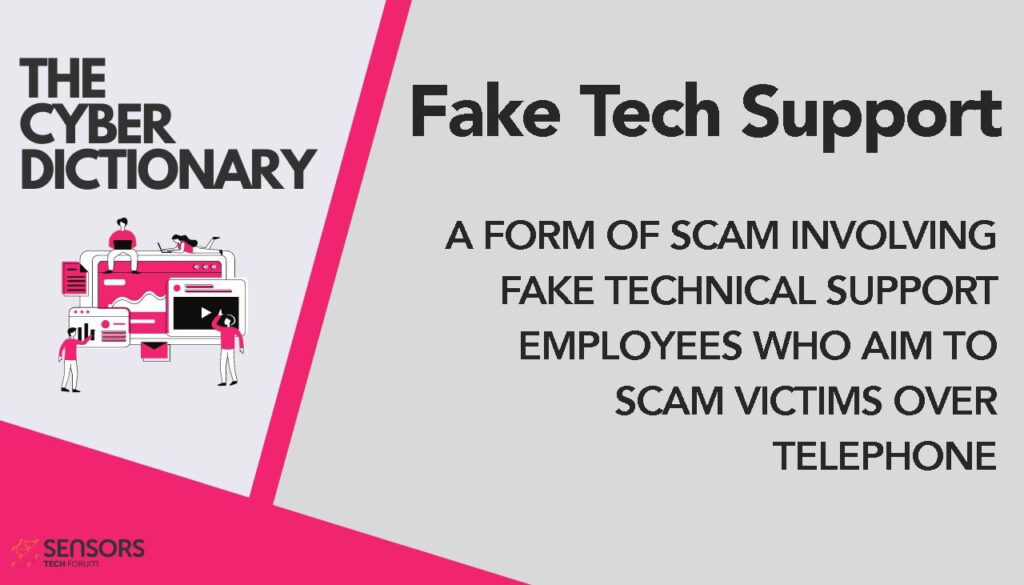 What Is Fake Tech Support?

Short definition: A widespread form of scam involving fake technical support representatives over the phone that if successful could lead to money, financial or personal information being stolen from the victim.

In Cybersecurity, a Fake Tech Support scam is one of the most effective and widespread forms of scams out there. Usually, the scammers originate from Asia and often aim to get the victim to type in his credit card information, personal information, like Social Security numbers etc., or pay the fraudsters tons of money to fix a problem that does not exist. The scammers often use numbers that are portrayed as a toll-free, but some of those could be impulse numbers and could result in very high phone bill for the victim.

Usually, the most used forms of tech-support scams involve Microsoft and Apple. What the scammers do is they create a fake tech-support webpage that aims to frighten the victim that they have some type of a problem with their computer system and they must call the tech-support number to fix the issue. Some tech-support scammers also use fake programs that pretend to be error fixing applications or fake antivirus programs and put the scam number in the program itself. The truth is that there is no problem with your computer and the scammers may be only after your money, whether they aim to get you to buy some kind of fake software or enter your credit card information and give them some kind of a gift card while they are convincing you over the phone.

Tech-support scammers are very well trained and they can fool unsuspecting victim by telling them different tactics to trick them into paying money. For example, one commonly used tactic is to try to lie to the victim that they must upgrade to a Level 1 (or Tier 1) tech-support so that they can get an “adequate help” for the fake computer virus or error displayed on the fake webpage. And to do that the victim must pay hundreds of dollars.