Connecting People Round 2: Two Nokia Android Smartphones In the Making 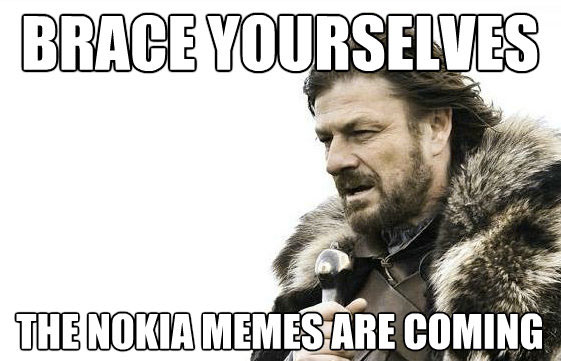 Do you know a person who hasn’t owned a Nokia? Well, we don’t, and apparently the Nokia trend is about to be revived. According to the website NokiaPowerUser, two Nokia Android phones are being developed at the moment, as per trusted sources.

The infamous company is currently working on two high-end Android Smartphones, “which will come with premium metallic design and the famous Nokia feel”. The smartphones are expected to run Android Nougat. One of the anticipated devices will be smaller, with a display size of about 5.2-inch.

The bigger one should be 5.5-inch. As for the resolution, it hasn’t been confirmed with a QHD one is expected with OLED display.

The website also says that Nokia has been silently working towards the improvement of its Z-Launcher UI in background and the final product may have elements of Touch & hover interaction. Fingerprint scanner may be part of the high-end features on these two upcoming devices. In terms of the camera, fans can expect lots of innovations coming to market.

Apparently, the sensors on these two smartphones may be the most sensitive ever and will be based upon Nokia’s extensive research on wonder material “Graphene”.

What do you think about the upcoming Nokia Android Devices? Would you be willing to get one once they are out?