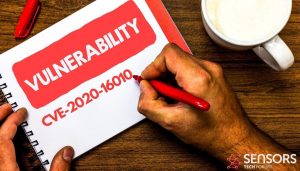 CVE-2020-16010 is yet another critical zero-day that Google recently patched. This time, affected is the Android version of the Chrome browser. The vulnerability is a heap buffer overflow in UI in Google Chrome on Android in versions prior to 86.0.4240.185.

CVE-2020-16010 could allow a remote attacker who had compromised the renderer process to potentially perform a sandbox escape using a crafted HTML page.

Note that “Google is aware of reports that an exploit for CVE-2020-16010 exists in the wild.” In addition to the bug fix, the latest Chrome for Android release also includes stability and performance improvements.

Goole also addressed another bug in Chrome for desktop – CVE-2020-16009. This flaw is described as an inappropriate implementation flaw in V8, Chrome’s open source JavaScript engine. The bug is exploited in remote execution attacks through a crafted HTML page.

Not the first zero-day exploited this year

Earlier this month, security researchers disclosed information about CVE-2020-15999, another zero-day bug in Chrome which was actively exploited. This zero-day is a type of memory-corruption vulnerability, known as heap buffer overflow in FreeType, an open-source development library for rendering fonts included in standard Chrome distributions.