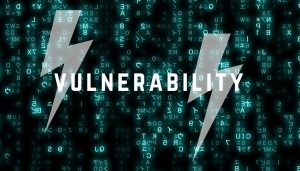 Tracked as CVE-2020-3956, the flaw triggers code injection that allows authenticated attackers to send malicious traffic to Cloud Director. This could then lead to arbitrary code execution.

What is VMware Cloud Director?

According to its official website, VMware Cloud Director is a leading cloud service-delivery platform used by some of the world’s most popular cloud providers to operate and manage successful cloud-service businesses. With the help of VMware Cloud Director, cloud providers deliver secure, efficient, and elastic cloud resources to thousands of enterprises and IT teams globally.

According to the company’s official advisory, the vulnerability is caused by the issue that VMware Cloud Director doesn’tt properly handle input leading to a code injection vulnerability. VMware has evaluated the severity of the flaw to be in the Imporant severity range with a maximum CVSSv3 base score of 8.8, the advisory says.

How can the vulnerability be addressed?
To mitigate against the CVE-2020-3956 flaw, affected parties should download and apply the already available patches.