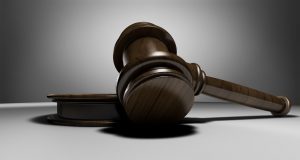 Google is the subject of a class action, and the accusations are regarding the invasion of the privacy of millions of users.

The complaint, filed to the District Court of Northern California claims that Google is tracking users’ browsing and other data via Google Analytics and related tools regardless of the browsing mode of the user.

The plaintiffs say that user data, including the visit of a website that uses Google services, the user’s IP address, what the user is viewing or last viewed, and details about their hardware, is sent to Google’s servers. This is mostly done without the user’s knowledge. The company doesn’t require websites to disclose that Google is collecting online visitors details regardless of the way browsers are utilized. This is the reason the class action is accusing Google of accessing personal information of users without their initial consent, ZDNet reported.

According to the complaint:

Google takes the data regardless of whether the user actually clicks on a Google-supported advertisement — or even knows of its existence. This means that billions of times a day, Google causes computers around the world to report the real-time internet communications of hundreds of millions of people to Google.

Google’s practices infringe upon users’ privacy; intentionally deceive consumers; give Google and its employees power to learn intimate details about individuals’ lives, interests, and internet usage; and make Google ‘one stop shopping’ for any government, private, or criminal actor who wants to undermine individuals’ privacy, security, or freedom.

It is noteworthy that the class action will be open to anyone that has an Android device and viewed a website page containing Google Analytics or Ad Manager in private browsing mode on the same device. Users with a Google account who accessed a website page containing those services on a non-Android device in private browsing mode can also relate to the class action.

Google Demanded to Pay $5,000 in Damages per User

The class action is demanding $5,000 in damages per user, or three times actual damages, whichever is greater for the invasion of privacy.

This is not the only class action lawsuit against Google, as there are similar cases against the company in Australia and the United Kingdom. Last year, Google paid $170 million to settle a case with the US Federal Trade Commission and New York attorney-general. The accusations were connected to an illegal collection of the personal information of children via YouTube.