Legitimate Applications for Windows OS Can Be Replaced By Rogue Ones 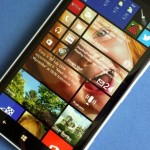 The developers in the mobile phone industry have figured out an easy strategy to replace a legit Windows Phone application with a malicious one that receives the permission for accessing information.

The technique is not complicated at all – the installation information of the rogue application is being transferred to the program directory of the targeted system.

The 8.1 version of Microsoft’s mobile OS presents the users with the opportunity to side-load applications from an SD card. This feature is imperative for the hack, which was first detected by a member of an XDA-Developers forum using the alias “djamol”. He explains that the process is quite simple:

The whole process was tested by the developer. For the experiment, he used a Lumia device.

According to the same forum post, a registry tool that allows writing registry values with the acquired permissions has been developed as well.

This flaw may make malicious attacks targeting Windows Phone users possible since the rogue code can be modified to target trusted apps that have access to information desired by the cyber criminals.