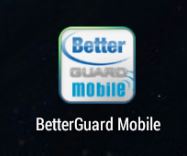 Android devices have become increasingly more secure and this is all fine and well, but what is the sense in malware when apps can request from users to accept almost insane permissions over the phone. The situation with some apps becomes so outrageous that the word privacy is gone when you are using them. Unfortunately, most users do not mind and do not even bat an eye to the privacy of the apps since they do not usually have the time or the interest in it. This is a big risk, primarily because applications may be even requesting privilege over sending paid messages to automated services. When you mix Google Play Store and it’s millions of apps and their vendors in this recipe, the risk highly increases of negative outcomes, like having to pay a huge phone bill because of shady apps on your device. This is what pushes most mobile security developers to focus on the privacy features of apps in order to partially protect devices. Applications such as BetterGuard Mobile aim primarily of scanning user applications and automatically preventing applications who demand specific privacy permissions. Since the program has many other device protection features as well, we have decided to conduct a software review to see what exactly are the pros and cons of having such type of an application installed on your device.

At the first startup, the application requests to create an account on it’s database:

The application installed very fast and the first thing we noticed was that it optimized itself specifically for our device, meaning that it changes resolution and other features to improve it’s performance based on the device it has been installed.

After installation, the security app ran an automatic detection scan of all the applications installed on the computer and detected all of their “critical” privacy permissions which they have requested. 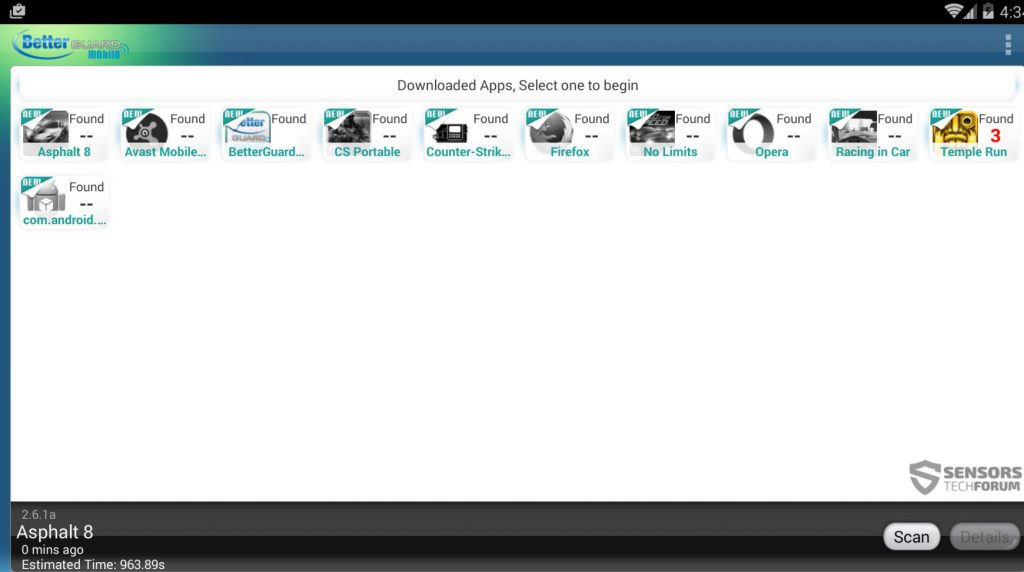 BetterGuard Mobile also allows for an automatic scan of all the permissions of the applications with it’s advanced scanning feature, but we recommend using the detailed scanner for one particular app you are interested in:

The scanner of the application works propery, is very stable and fast as well. It consists of several scanning stages, methodologically arranged for effectiveness:

1) It extracts the files needed for the scan.
2) The files are then expanded(installed) on the device.
3) The app then prepares the scanned application’s code for sanning.
4) It scans the code, which may take different times. For a 52 megabyte on a quad-core device it took approximately 23 seconds.
5) It cleans up temporary files.

The average overall scan of a 52 megabyte application on our testing device took up to 273 seconds which was a moderate speed, keeping in mind the many operations that are performed.

After the scanning of applications, we have stumbled upon an interesting feature – the application defines the privacy invasion level of each privacy permission requested by an application and also provides details on what exactly is the permission.

The best feature which we like a lot is using the GPS and location settings of smart devices to track the device at any given point and pinpoint it’s exact location, preventing the device from theft or allowing you to track other devices. 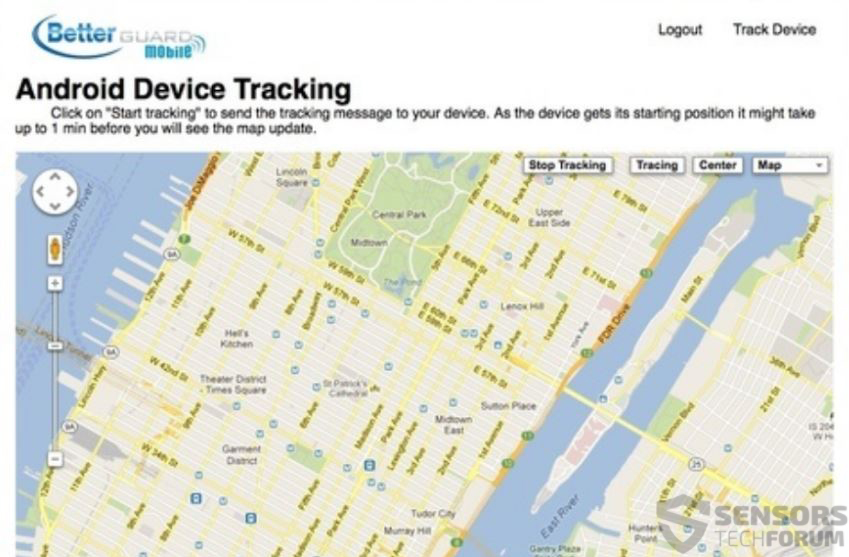 As a bottom line this application does what it has been created to do very well. It aims primarily to protect users from privacy invading applications. Not only this, but the application also has detailed explanations on each feature an app uses. It is even suited to automatically block certain applications just in case you are one of those lazy users who do not like to read privacy policies. Overall and all this is surely an application that will protect your privacy, in case you are sensitive on that subject.