Malware Defender 2015 is a rogue anti-virus program pretending to perform a system scan and detect fake malware on your PC solely to scare you into purchasing its full version.

Download a FREE System Scanner, to See If Your System Has Been Affected By Malware Defender 2015.

What Exactly Is Malware Defender 2015?

Malware Defender 2015 has nothing to do with protecting your system. It’s specifically designed to steal money from you.

Once in your system, Malware Defender 2015 will pretend to scan it only to fabricate fake alerts and warnings that your system is infected by malicious applications. This whole process may not only slow your PC down, but it would also interfere with your normal activities.

The messages, that may appear, mock standard alerts from Windows, and could easily mislead users into believing that their system has been infected by a specific number of viruses. Malware Defender 2015 then announces that in order to clean your system from these infections, you must purchase the license. And, many users do pay. The “license,” however, does not fix the fake infections, as they have never been there in the first place. Malware Defender 2015 is simply not capable of detecting or removing real malware.

How Is Malware Defender 2015 Distributed? 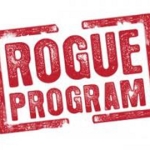 Rogue programs such as Malware Defender 2015 sneak into your system via corrupted websites, spam emails containing infected attachments, exploit kits using vulnerabilities on your computer, and what not.
In order to protect your system then, you must always watch out what websites and emails you open, and what programs and files you download.

Spy Hunter FREE scanner will only detect the threat. If you want the threat to be automatically removed, you need to purchase the full version of the malware tool. Find Out More About SpyHunter Anti-Malware Tool

1. Start Your PC in Safe Mode to Remove Malware Defender 2015

1. Start Your PC in Safe Mode to Remove Malware Defender 2015.