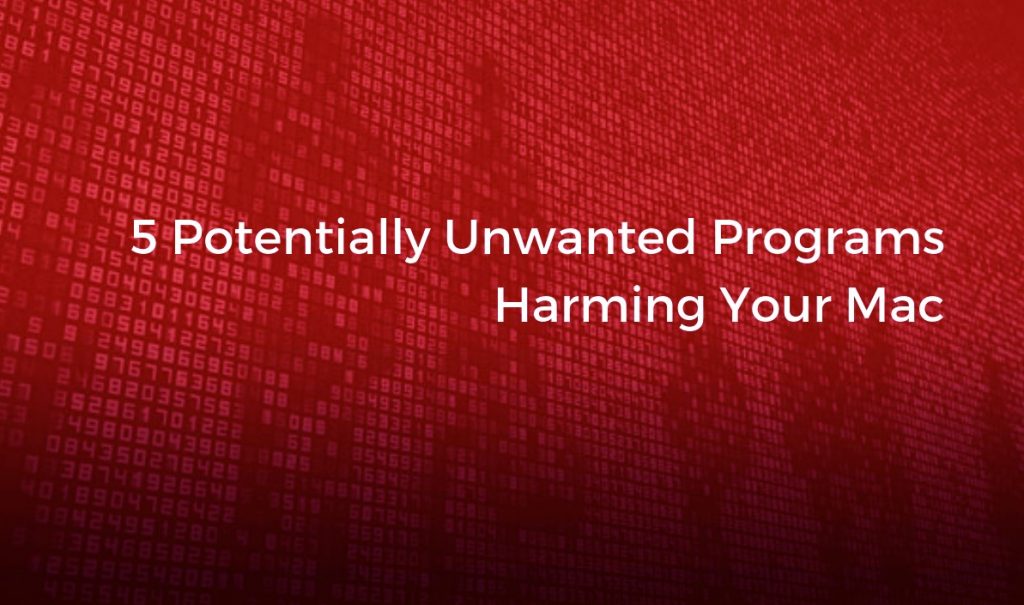 The macOS operating system is indeed vulnerable to various online threats. There are a number of viruses and Trojans, ransomware and cryptomining malware, and PUPs and adware targeting Macs. In this article, we are going to highlight the danger of having a potentially unwanted program (PUP)installed on your Mac. To show you the risks, we have selected five recently detected PUPs for Mac that are currently being distributed in the wild. 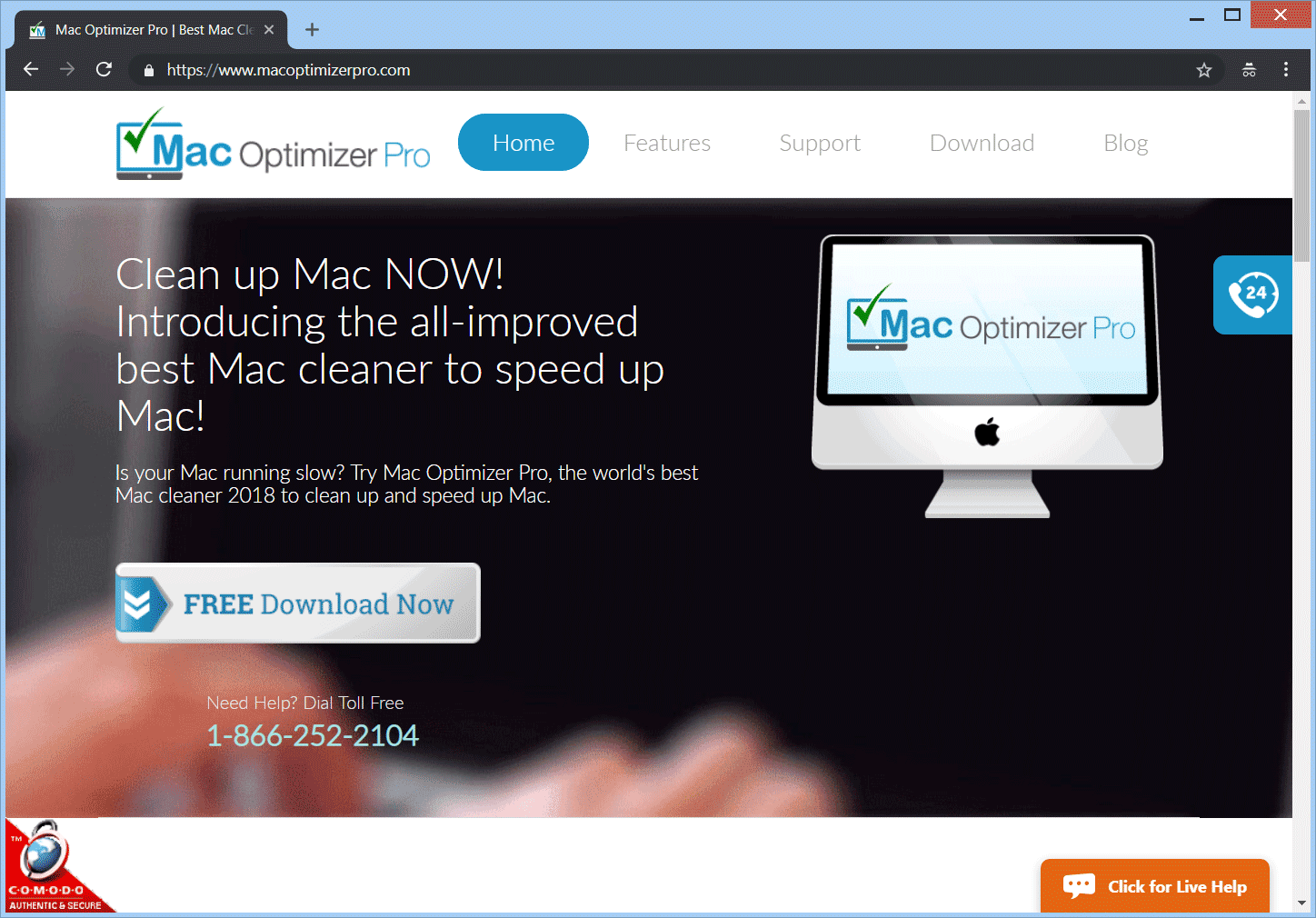 This PUP is being effectively distributed via freeware installers and bundled packages, but it can also be manually downloaded from its website, https://macOptimizer.com. It should be noted that there are other sites that advertise the program via pop-ups or banners that are probably their partners.

[wplinkpreview url=”https://sensorstechforum.com/remove-mac-optimizer-pro-pup/”]Learn more about Mac Optimizer Pro and how to remove it 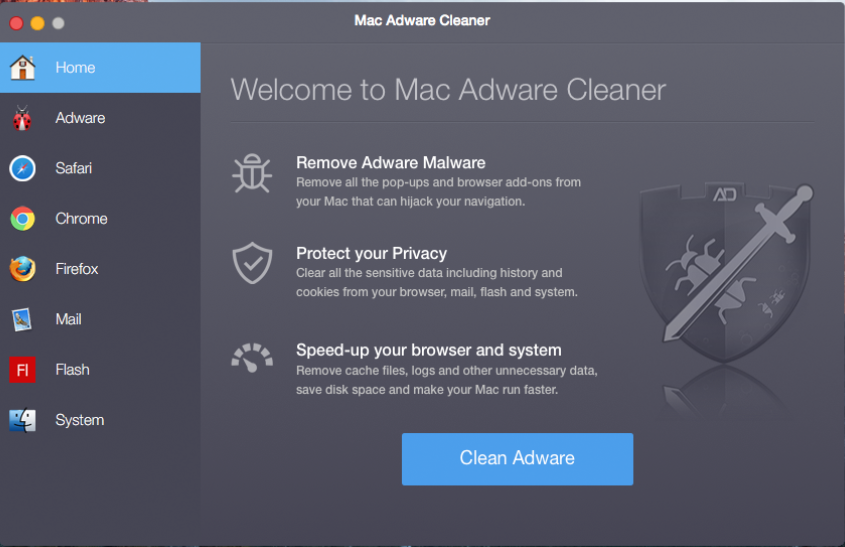 Mac Adware Cleaner is a potentially unwanted program , which despite its claims to remove adware, is classified as adware itself. Once started on your Mac, the PUP modifies certain system and browser settings in order to obtain the right to generate intrusive ads. The PUP may also be able to harvest sensitive data from affected browsers and transfer it to its connected servers.

Mac Adware Cleaner is distributed via the well-known methods – freeware bundles and third-party download websites but it could also be downloaded from its official page, macadwarecleaner.com.

It should be noted that Chrome marks it as a dangerous website that could let attackers trick users into installing more unwanted programs. Users’ reports also indicate https://discussions.apple.com/thread/7400709 that this rogue program is designed to act like a typical adware itself. Here’s what one user has shared:

I have a pop-up window whenever I’m in Google Chrome that says, “Recommended download, install mac adware cleaner”

Indeed, Mac Adware Cleaner is a fake utility that only tries to scam you to purchase its “powerful” full version and eventually share your financial credentials. Its presence on your Mac poses serious risks – to your information and device.

[wplinkpreview url=”https://sensorstechforum.com/remove-mac-adware-cleaner/”]Learn more about Mac Adware Cleaner and how to remove it 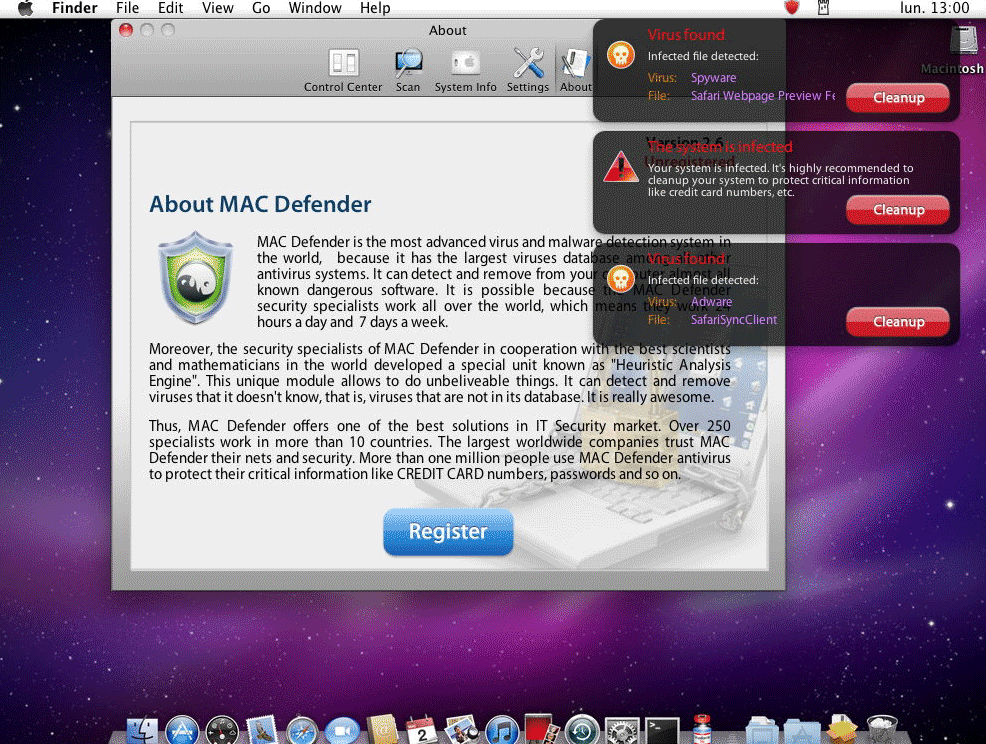 Yet another potentially unwanted program for Mac that claims it protects your device, while harming it in various ways.

Mac Defender is a potentially unwanted program (PUP) and a previously known rogue anti-virus program. The program presents itself as an anti-malware program, but in fact pushes false positives and fake alerts. In addition, it puts various advertisements inside itself to point to other software which has similar modus operandi. Mac Defender remains a questionable software as it is also known to show such advertising pop-up messages and fake notifications.

Mac Defender might show a rather convincing but fake variant of the a typical OS X dialog message box stating that no suitable app is installed.

The fake message box could link to the official Mac Defender website, which tries to install similar applications to Mac Defender. All these programs may have a valid, Apple-provided developer certificate, thus macOS will install them without prompting any particular warning or notification. The names of the programs might be one of the following: Mac Protector, Mac Security, Mac Guard, Mac Shield.

It should be noted that Mac Defender is also known as FakeMacDef.

[wplinkpreview url=”https://sensorstechforum.com/remove-mac-defender-pup/”]Learn more about Mac Defender and how to remove it 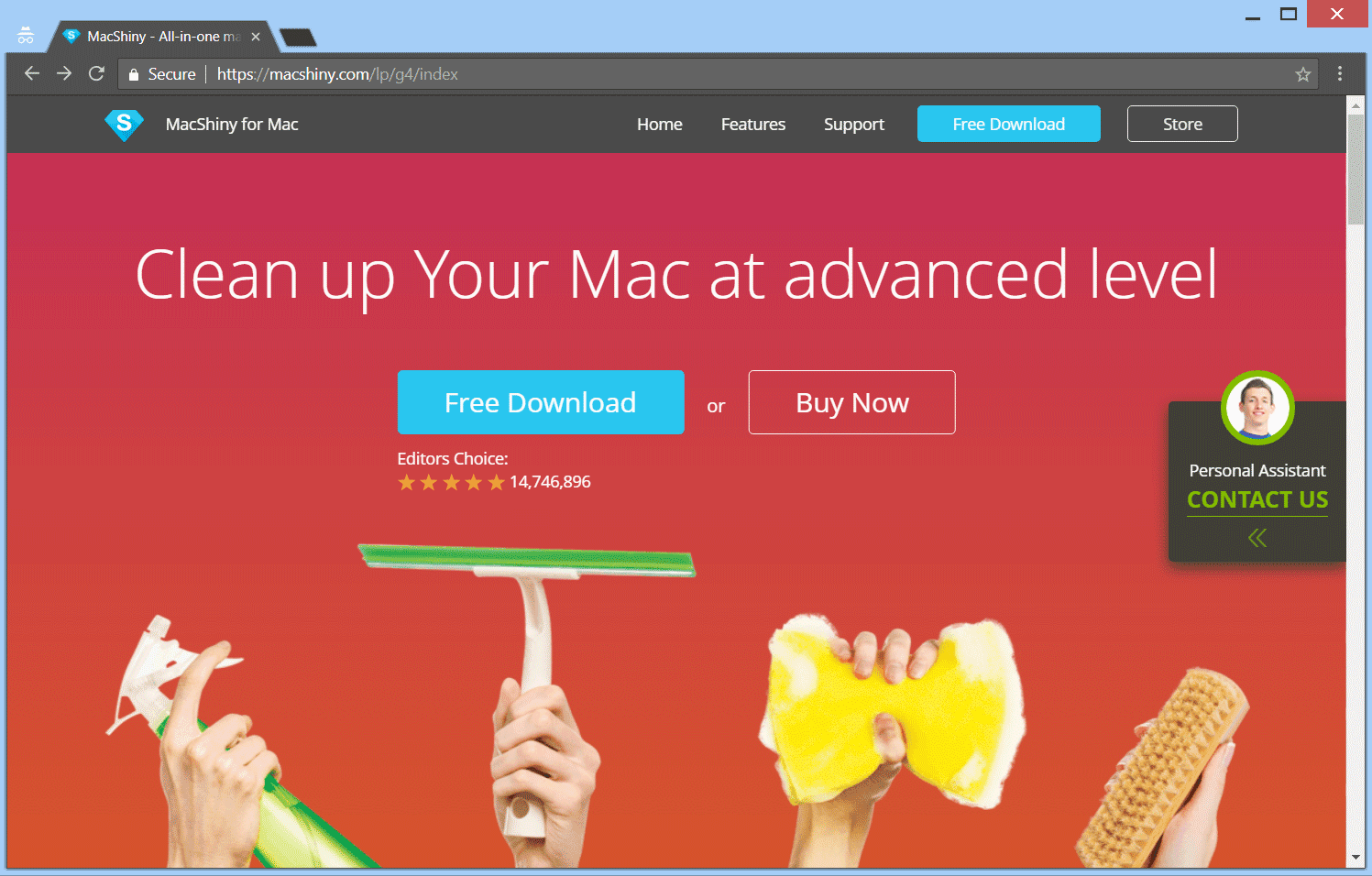 MacShiny is known to generate various advertisements that point to other software products which have similar modus operandi. As with other PUPs, this program tries to trick the Mac user via scare tactics into installing more junk on his system. Another reason to question the authenticity of the program is its logo which resembles the logo of Skype but with a different shape.

You can read the dubious program’s https://macshiny.com/lp/g4/Privacy-policy. Be careful what data you provide, what terms you agree to, what consensus you give to people (over the phone or not) claiming to be working behind this unwanted software. Do not install secondary programs advertised from a program that claims that your Mac has issues, albeit it cannot fix them alone.

[wplinkpreview url=”https://sensorstechforum.com/remove-macshiny-pup//”]Learn more about MacShiny and how to remove it 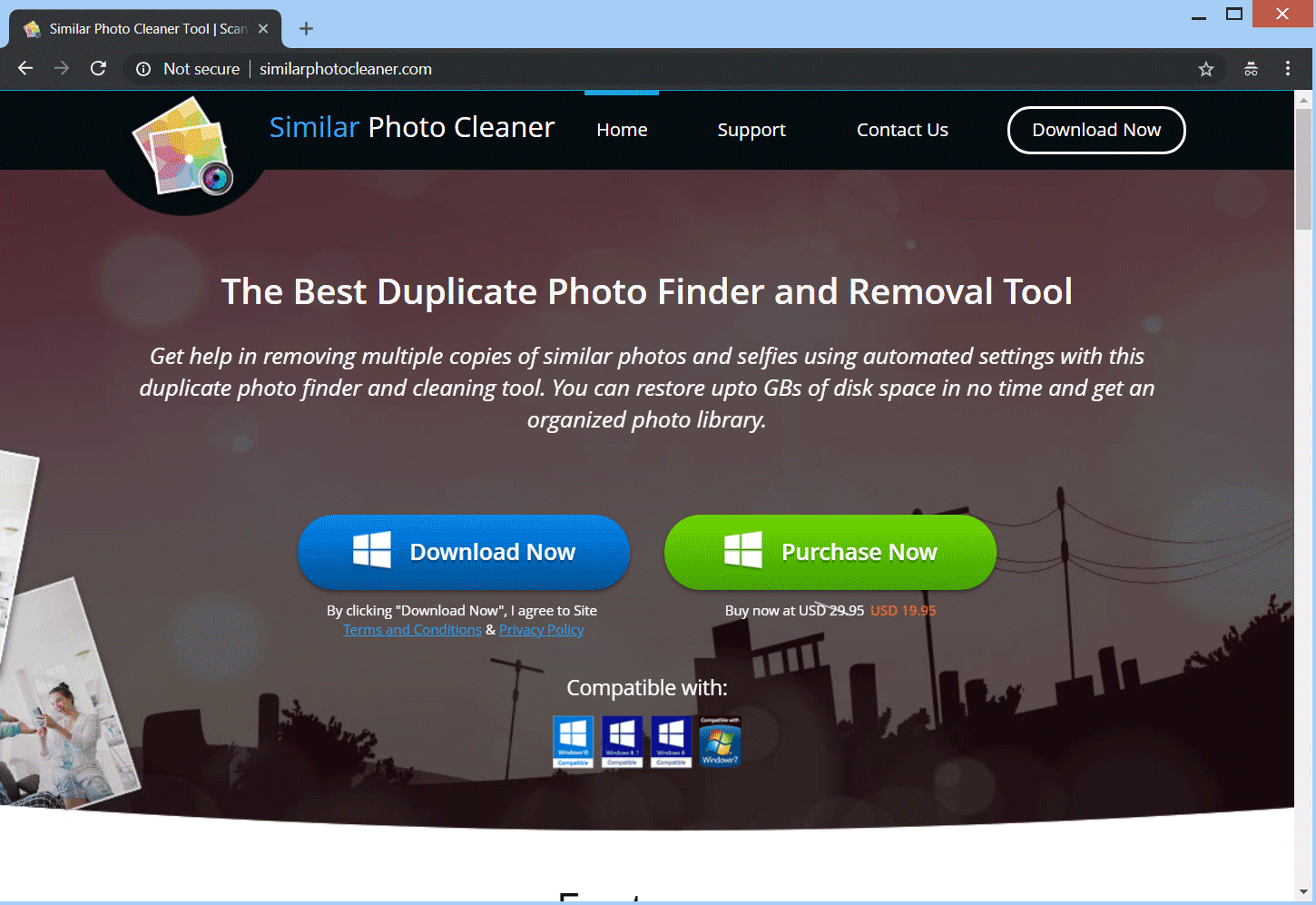 Similar Photo Cleaner is developed by a company called PCVARK, a creator of potentially unwanted programs. The program displays behavior that is close to what adware and scareware does. Having said that, Similar Photo Cleaner may generate scare messages that lure users into installing more suspicious programs.

Keep in mind that the alert notifications and pop-up messages generated by Similar Photo Cleaner are not the only thing that the software is designed to do. The Info.plist file inside the application reveals a list of over 200 various file types that it claims to be able to open. If you try to open a file which doesn’t have a corresponding application associated to it, the file will be opened by Similar Photo Cleaner.

If you have this PUP on your Mac, you may be seeing a particular warning message, trying to prompt you into installing rogue security software which is probably also related to the PCVARK company.

[wplinkpreview url=”https://sensorstechforum.com/remove-similar-photo-cleaner-pup-mac/”]Learn more about Similar Photo Cleaner and how to remove it

Is Your Mac Affected by a PUP?

One of the main symptoms of a Mac having a PUP-related problem is the performance issues that it experiences. Usually some Macs tend to slow down when many programs are opened at once or if their memory is full. But if your Mac has enough space and is still slow, this may be a sign of a PUP draining its resources. To make sure that your Mac is PUP-free, scanning it with security software is advisable.