Many user complaints have appeared regarding the latest version of iOS 9.0.2. What users are recently concerned about is that their phone batteries seem to drain quite quickly. One of the reasons for the utter inconvenience may be Facebook’s iPhone application. 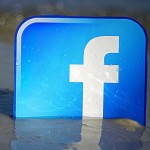 The problem is most likely caused by Facebook’s iOS app. iOS followers complain that it continues to run in the background, exhausting the battery even after it is put into an inactive state. Hence, the life of the smartphone is reduced sensibly. According to Forbes, users continuously complain that the application is consuming up to 15% out of the total battery life in only one week.

Other iOS 9.0.2 Problems Have Also Been Observed

Discontent towards iOS is no longer a myth. The halo surrounding the software’s safety is slowly evaporating. Users have been sharing negative feedback on social networks. Some of the problems previously detected in the operating system’s latest version included:

Issues with backing up the iPhone, phones not working, problems with Maps, issues with the Podcasts app, Wi-Fi misfortunes, troubles connecting to LTE, and battery problems.

To keep in tact with iOS’s most recent updates, Apple users can follow the iOS updates support page.