Microsoft has already announced its Edge Project, advertising it as the ideal replacement for Internet Explorer. The new Microsoft Edge browser is also defined as more competitive on the browser market, right next to Google Chrome and Mozilla Firefox. As the release date for Windows 10 – July 29 is getting closer, more valuable details are being revealed about the new Microsoft browser and its features. The latest news on the subject is that Microsoft Edge will not be available on all Windows 10 computers. As unveiled by American freelance technology writer Mary Jo Foley, Microsoft plans to implement Internet Explorer 11 on PCs that have enrolled in the Long-Term Servicing Branch (LTSB). 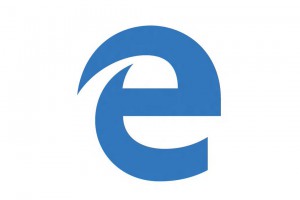 As disclosed previously by Microsoft, the company has changed its update policy. In other words, the infamous Patch Tuesday will no longer provide users with the latest vulnerability fixes. With Windows 10, Microsoft is granting users more options in seizing new features with the arrival of a long-term servicing branch – LTSB and a branch version called CB.

There are similarities in how the LTSB service functions and the way new releases are delivered every two years or so. In between new versions, Microsoft will implement crucial updates and vulnerability patches. On the other hand, Windows users have the option to pick the CB method that also caters updates, bug fixes, and new components. Once an LTSB is released, it will immediately mingle with the present CB, thus granting users smooth transition from CB to LTSB, if frequent updates are no longer needed.

How Does the Change Affect Users?

Luckily, the decision Microsoft has made does not affect average users since the LTSB is mostly applied to enterprise systems. Enterprise PCs are only set to receive emergency security patches, not new features that may compromise their performance.

To make it clearer, enterprise computers included in the LTSB channel should only obtain critical updates for ten years, regular updates being excluded. Thus, Internet Explorer 11 takes over the wheel.

Despite the fact that Microsoft Edge won’t be found on the LTSB systems, Internet Explorer will be there, providing users the chance to browse the Internet. What Are the Basic Features of Microsoft Edge Browser?

To sum up, Microsoft Edge will not support legacy technologies such as ActiveX and BHOs (Browser Helper Objects). An extension system will take their place. However, according to Wikipedia, Internet Explorer 11 will be accessible on Windows 10 alongside the Edge browser for compatibility reasons.

Microsoft Edge is developed to integrate a list of the company’s online platforms, e.g. Cortana, and other dynamic search functionalities.

Controversy has risen in concern of the latest Microsoft browser. Basically, the logo is still a lowercase letter ‘e’ encircled by a halo. The logo is widely accepted as Microsoft’s refusal to close completely the door on Internet Explorer, even though they are headed to significant changes with Windows 10. Nonetheless, the striking similarities between the logos of Internet Explorer and Microsoft Edge are a well-planned move. It is safe to assume that there is nothing random when it comes to a corporation such as Microsoft.

The release date for the browser is July 29, the same day Windows 10 is released.
STF researchers remind that Windows 10 is about to go live at the end of July 2015 – on July 29. It will be offered as free of charge to Windows 7 and 8.1’s users for a one-year upgrade promotion. Enterprise clients, however, may have to pay to upgrade to Windows 10, but Microsoft needs to confirm this information.

Many users are probably wondering if their machines are ready for the upgrade to Windows 10. As promised by Microsoft, the latest Windows version will implement a range of security innovations and will be solely focused on identity protection. In that sense, Microsoft Edge should thoroughly respond to the improvements of the awaited OS, making online browsing safer and mostly efficient.