Is My PC Ready for Windows 10?

Microsoft are preparing to release their newest version with the purpose of unifying all Windows users to run the same OS by offering free upgrades for older Windows operation systems. Many users are probably wondering if their computers are ready to switch to the latest Windows. However, another question also arises – is Windows 10 ready to be revealed to the world? According to independent researchers, such as Jeff Schmidt of JAS Global Advisors in Chicago, there are still some issues to be reviewed.

Windows 10 has an innovative design that is oriented towards stability and performance and also has user-friendly interface while at the same time has extensive security features. 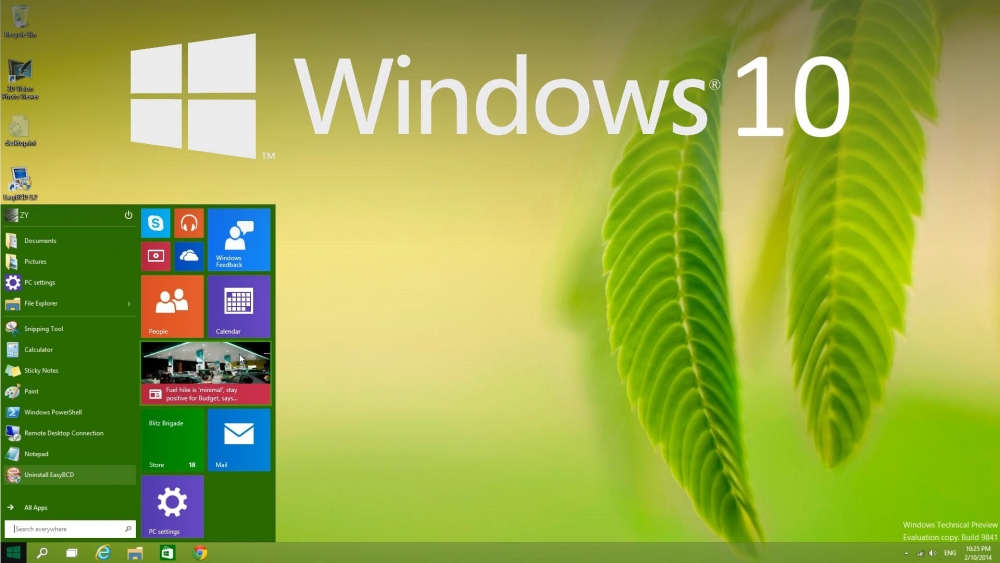 One of the best functions that are new in Windows 10 is the combined start menu. It is a combination of the old start menu from Windows 7 and the new Windows 8 menu, equipped with an option to switch to what is suitable for the user. Another new feature that you can benefit from is the amazing live virtual desktops that eliminate the need for more than one PC and increase the easiness in your ability to multitask. There is also an evolution in the actual windows of Windows 10. The apps that you install are now able to float freely in the desktop, and when you use snap-assist it also shows you all the running apps on the other side of the screen in live view.

Regarding stability, there have been several reports concerning Build 9879 about the unstable file explorer. When multiple windows are open there have been crashes. For instance, the file system stops responding and it causes you to either stop explorer.exe from the Task Manager or if you don’t know how, to restart the PC. Also, there have been problems considering OneDrive failing to sync.

In some cases folders were added for syncing without the user’s initial request. Luckily, that happens on rare occasions, plus Microsoft is working on fixing such crashes so that they don’t reoccur in the long run. There is also a new, more stable web browser to replace the Internet Explorer.

It is called Microsoft Edge and is designed to be lightweight and cloud focused. It is also programmed to interact with the other new Microsoft features, such as the virtual voice assistant Cortana developed for Windows Phone 8.1 and Windows Band, and OneDrive.

Also, there are quite a few security-wise innovations, focused on identity protection such as:

Lastly, the OS enables you to install your certificates, your files and folders to make them more secure. So, yes, Windows has made quite a significant step in being more user-friendly and more secure.

But is incremental innovation enough?

Windows has had many transformations over the years and along with those transformations, many bugs were found. One of the latest bugs that opened many mouths worldwide was the “Jasbug”, which was a portion of code that is vulnerable to attacks, discovered by Jeff Schmidt, an independent advisor from Chicago. There is no public knowledge as to whether this bug was used to compromise Windows OS systems over time. However, it has been around for 15 years, and Microsoft has flagged it as a significant vulnerability to malware.

Well, there you have it. We have the pros, which are the evolution of the friendliness towards you – the end user and the incremental changes, regarding security. But, even though, it has evolved, we have to consider the possibility of the presence of other bugs that may be uncovered later on. And on the other side, there is nothing revolutionary, only partial changes. If it justifies the means, then Windows have done an excellent job so far. And in case you feel like complaining from bugs, Microsoft developers have implemented a new strategy, updating the OS as soon as bugs are found. So, the more users Windows 10 has, the more bugs will be uncovered, making it even safer.