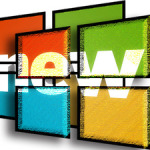 Microsoft has released a new build 9879 for all the machines running Windows 10 Technical Preview. Reportedly its features are no different than those of the old one.

In case you are among the proud users of Windows 10 Technical Preview and you have not primarily set it to the “fast ring”, as soon as you start your computer the new build of Windows 10 will be installed automatically. Build 9879 is identified by a watermark that can be seen in the lower right corner of your desktop, and it will take a few hours until it’s ready for use.

Supposedly the new build 9879 is more stable than the old one, bur users seem not to notice any changes in the features.

A patch (KB 3019269) has been applied to the old 9879, which is only able to fix a 0xAB blue screen for some users. A few additional fixes to build 9879 were expected. But if they are included in the new version is still not clear.

Microsoft has provided ISOs for the following languages for the users who want to perform a clean install of the consumer version of build 9879:

→The product key is:
NKJFK-GPHP7-G8C3J-P6JXR-HQRJR

According to the Windows 10 Insider Hub, a hotfix package to Windows Update has been released. It’s supposed to fix some of the issues detected in this build.