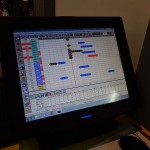 Punkey Malware has been classified as a point-of-sale threat named after the popular 1980’s Punky Brewster sitcom. The Punkey Malware has been set to deploy an aggressive point-of-sale scheme aimed at extracting personal data such as credit card details. Security researchers warn that there is an increase of POS attacks during the last several years. As a result, many businesses such as restaurants, casinos, hotels and resorts have been affected.

Cyber criminals target such networks to steal credit card information and then monetize it with the help of suspicious forums.

Download a System Scanner, to See If Your System Has Been Affected By Punkey POS Malware.

N.B. The point of sale, dubbed POS for short, is the exact time and place a retail transaction is initiated. In other words, it is the moment when a customer makes a payment to the business in exchange for goods or services.

How Does Punkey Malware Function?

The Punkey Malware has been reported to hit a restaurant chain’s credit card system. The FBI was prompted to issue a warning last week informing that hackers have employed a new piece of malicious software to harvest personal banking credentials and financial data.

Punkey Malware and similar threats are on the rise due to the enormous economic profits of targets connected to the Internet. Various businesses and large retailers process thousands of transactions through their PoS terminals every day. It is only logical that cyber criminals have found a way to extract volumes of credit and debit card data.

How can Punkey Malware Be Detected and Removed?

Researchers notify that systems likely affected by the Punkey malicious software are strongly advised to apply an anti-malware software to detect and eliminate all components. Keep in mind that the Punkey threat may be masqueraded as numerous types of Windows directory file, thus making manual detection quite challenging. Luckily, the FBI agents have been employed to track down the cyber criminals who have created and spread Punkey Malware across businesses to collect consumers’ financial data.