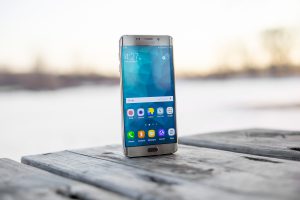 Android is an amazing operating system, mainly because of one and only feature – customization. However, some phone brands release their devices with some automatically configured settings because not every user is capable of dealing with advanced settings themselves. It is also a fact that companies release bloatware applications like games and other applications that the user does not usually want. Here is where rooting comes. It helps drop down all restrictions, giving the user full access to his own phone and hence opening many possibilities. In this article, we aim to explain why you want to root your phone and provide you with full instructions that will help you to effectively root your Android device.

But before we begin, bear in mind that there is a wide variety of devices out there, and they often have different settings. There is always risk when rooting a phone and you should know it if you are rooting your phone. This is why we advise taking the following precautions:

1. Copy your phone`s data to a computer or an external device, for example, USB OTG Flash Drive.
2. Make sure you follow the steps in this article slowly because if you rush them, you may make a mistake.
3. Make sure your phone is fully charged.

Why Root Your Phone

There are several rather significant advantages if you want to root your Android device:

1.Unlock features which you couldn`t have used before.
As some may know, some phone providers often prevent some features and applications to be used freely in Android devices. Rooting the phone changes all that giving the user completely control over all of the features. Examples of some features restricted by some carries may be seen below:

2.Block ads from apps on your phone.

Features such as addblocking applications are usually restricted because this is one of the ways Google Play Store is free and available – ads. With rooting, you can change all that, by adding third-party applications to your phone like AdBlock, which should block different ads that annoy you while using your favorite app.

3.Remove the Bloatware.
We all know them – those annoying and sometimes completely useless (because they want you to create a license) applications. Usually, those applications also have their privacy policies, and they may collect information from you to work properly. And they cannot usually be removed because they are classified as a system app. Even after hard-resetting your phone, those apps remain because they are embedded in the device. If you root your device, you can remove those annoying and unwanted applications for good.

4.Install another mobile OS on your phone.
Usually, some phones support different operating systems, like the newly emerged Ubuntu Touch and many kernels of Android. With rooting, you can eventually install via several commands another version of Android, Windows Phone or any other OS you want to use, as long as the device is supported. Hell, you can even install Windows 10, 7, 8.1 or XP if you want to.

5.Perform other In-Depth modifications.
Rooting your phone allows you to actually become its number 1 master and modify it anyway you want to. You can focus on battery power, security, automatic actions and so on. The border is where you set it.

Before starting to root your phone, make sure that you follow the prerequisites that we illustrated at the beginning of this article because even though it is unlikely if you do it properly, sometimes phones tend to switch of and hang during rooting. But as well known, this is highly unlikely.

For the root process, we have chosen to prove you with two main methods of rooting your phone:

The first method is the automatic method that is very easy, saves you time, and you root the phone with a couple of clicks as long as it is supported.

The second method is by following the manual instructions for your device (if supported) that are posted on XDADevelopers’ website. Feel free to choose from one of those methods:

For making your device secure make sure to follow the below instructions.