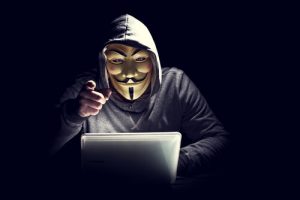 Hacker attacks are becoming increasingly common across the world. In 2020, the cost of a data breach will far exceed $150 million.

While most attacks employ the usual methods and affect the usual targets, like small businesses, other attackers have taken unusual approaches to infiltrating networks and gaining access to sensitive information.

1. An Attack Against the U.S. Electricity Grid

The U.S. FBI and Department of Homeland Security described the attack as being multi-stage with multiple attackers using spear-phishing to gain access into the energy grid. Once they had access, they collected information related to Industrial Control Systems.

Utility providers had been warned of a potential threat in 2014 and the possibility of lights going out all across the U.S.

The attack is a reminder of the importance of protecting critical major systems from threat actors, including health care systems. Healthcare IT is constantly evolving and incorporating new advancements in security, thanks to IT outsourcing.

In another unusual attack, one hacker caused some serious chaos in a hotel. The attacker managed to override a hotel’s electronic doors and created a frenzy. Some guests were convinced that the hotel was haunted.

It’s hard to imagine a casino being a victim of a hacking attack, but hackers managed to tap into one casino’s network in the most unusual way.

Instead of using the conventional hacking methods, like Wi-Fi and other systems, the group of hackers managed to get into the casino’s network through an aquarium thermometer that connects to the internet.

Once they had access, the hackers were able to obtain sensitive details from the database about high-rollers. The attackers walked away with 10GB of data before the casino even figured out what was happening.

SWIFT is a secure messaging platform that allows financial transactions between more than 11,000 financial institutions in more than 200 countries. The service handles 32 million messages and trillions of dollars per day.

In 2015, a series of attacks created sizeable losses. The attack was primarily focused on Bangladesh Central Bank (BCB), and the attackers were attempting to walk away with $1 billion.
While the attack was thwarted, $81 million was still missing. It’s still considered one of the largest bank heists in history.

The hackers manipulated the SWIFT system to trick the New York unit of the U.S. Federal Reserve into transferring money into accounts owned by the thieves.

The thieves were pretending to be BCB and sent fraudulent instructions to the New York Fed to send money to their accounts.

Typically, SWIFT notifies banks of transfers by sending orders to bank printers. However, in this case, the attackers used malware to disable the printers at BCB. When BCB finally reactivated its printers and received the notifications, it was too late. The money had already been transferred.

What’s interesting about this attack is that spelling and formatting errors in the attacker’s instructions halted most of the transactions. However, they still got away with $81 million.

Not all hackers are out to steal or cause damage. In 2014, some prankers in California managed to break into electronic road signs. These are the digital road signs that warn drivers of road work and other problems.

But instead of warning drivers that there was road work ahead, the hackers changed the message to let drivers know that Godzilla was ahead, attacking the city.

The attackers reprogrammed the signs to say: “GODZILLA ATTACK – TURN BACK.” Unfortunately, drivers didn’t find the joke to be funny. The sign change caused more confusion than anything else

Hackers will continue to find new and unusual ways to gain access to sensitive information and even cash. These five unusual cases were some of the strangest we’ve seen so far, but every year, we’re seeing more attacks.

About the Author: Aleksandra Bondarenko 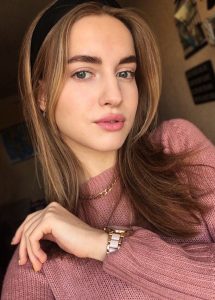 Aleksandra Bondarenko is a PR manager from Redwerk. Her articles have appeared on many websites and online magazines. Her articles focus on balancing informative with cybersecurity needs – but never at the expense of providing an entertaining read.