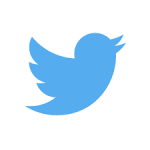 Facebook has been widely accused of being negligent and abusive in terms of the privacy of its users. However, it is not the only social network that has been caught at the crime scene.

Aleksandr Kogan, who created a personality quiz on Facebook to harvest information later used by Cambridge Analytica, established his own commercial enterprise, Global Science Research (GSR). That firm was granted access to large-scale public Twitter data, covering months of posts, for one day in 2015, according to Twitter.

GSR is the firm whose quiz app harvested data from millions of Facebook users, without their consent. According to Twitter, GSR paid for one day of access in 2015, and scraped a “random sample” of public tweets within the period December 2014 – April 2015.

More about the Personality Quiz

It is now known that approximately 270,000 users downloaded Kogan’s personality quiz app. Data gathered through the app was then passed to Cambridge Analytica. Mark Zuckerberg recently testified in front of Congress about the misuse of data, and lawmakers have summoned Twitter CEO Jack Dorsey and Google CEO Sundar Pichai to testify as well, Bloomberg reported.

As to what happened with the Twitter info, it is yet to be uncovered what GSR did with the collected information in the short access window. Nonetheless, the case is not as important as the Facebook data abuse since Twitter and tweets generally are not that revealing of their owners. Also, GSR most likely didn’t cross any boundaries like it did with Facebook. The biggest issue might be that GSR could have correlated Facebook and Twitter data.