79 Netgear Router Models Contain Severe Vulnerability Yet to Be Patched 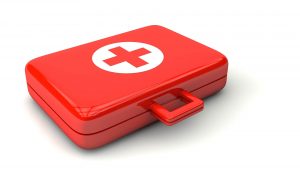 The flaw was discovered by two cybersecurity researchers – Adam Nichols from GRIMM and d4rkn3ss from Vietnamese ISP VNPT. It is noteworthy that the two researchers made the discovery independently, with both of them saying they reported the vulnerability to Netgear at the beginning of the year.

According to Adam Nichols’s technical analysis, the vulnerability resides in the web server component which is included in the router firmware. Nichols’ report is focused on “auditing the Netgear R7000 router, analyzing the resulting vulnerability, and the exploit development process that followed.”

Because of the vulnerability’s scope and the number of affected devices, Netgear initially requested more time to address the problem. Since the extension period has already expired, the researchers made their discoveries public via the Zero-Day Initiative program.

It is crucial to note that not all impacted routers will be patched, because some of them have reached end-of-life years ago. Here’s a list of all 79 Netgear router models that are affected by the flaw:

According to Nichols, this vulnerability would not be exploitable in most modern software:

Modern software typically contains stack cookies which would prevent exploitation. However, the R7000 does not use stack cookies. In fact, of all of the Netgear products which share a common codebase, only the D8500 firmware version 1.0.3.29 and the R6300v2 firmware versions 1.0.4.12-1.0.4.20 use stack cookies. However, later versions of the D8500 and R6300v2 stopped using stack cookies, making this vulnerability once again exploitable. This is just one more example of how SOHO [Small Office/Home Office devices] device security has fallen behind as compared to other modern software, Nichols noted in his report.

Here’s the full technical disclosure of the Netgear vulnerability.