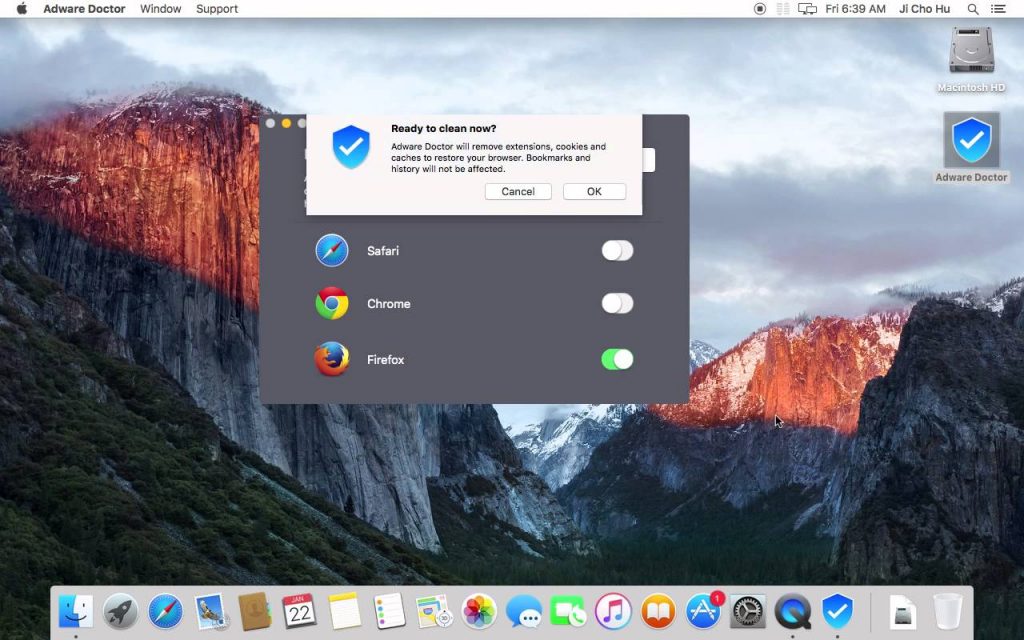 If you’re an Apple fan or owner of their devices, perhaps you heard. The very popular anti-malware app for Mac called Adware Doctor was removed from the Mac App Store. The reason? The app was collecting browsing histories, as well as other sensitive details without users’ initial approval. On top of that, Adware Doctor was also caught sending the collected user data to China.

The discovery about Adware Doctor’s wrongdoings creates controversy regarding the safety of iOS and Mac App stores which have been largely accepted as trustworthy by the company’s customers.

The app has been outlined as one of the most popular paid utilities in the Mac App Store. The app had a 4.8 star rating and it’s been reviewed more than 7,000 times. This is no longer the case, after a security researcher, who calls himself Privacy 1st, released a proof-of-concept video which reveals in detail the suspicious activities performed by the app. The discovery has been confirmed by two other security researchers, Patrick Wardle and Thomas Reed, who independently analyzed the app’s behavior.

All of the researchers reached the very same conclusion – Adware Doctor does collect user data in a covert manner, and is especially interested in obtaining browsing histories and a list of other software and processes running on the system. The app then puts that data in a locked file, and periodically sends in out to a server located in China. Needless to say, this type of behavior is in violation with the App Store’s developer guidelines, but Apple didn’t immediately remove Adware Doctor from their store. It took them several weeks but indeed, Adware Doctor has now been removed and is no longer available for download.

Apparently, the app requests permission to access the macOS Home folder, and since it is a top Mac App store, users have most likely granted that permission. Unfortunately, the trust users tend to have in Mac App store is not met with Adware Doctor, as the app is quick to start collecting user data once the permission is grantеd.

Typically, Mac apps are stored separately from each other and from the OS itself in sandboxes. Adware Doctor not only abused users’ permissions but also found a way to go around sandbox protections. It appears that the app was particularly interested in getting information about the other software programs running on the machine.

In a nutshell, “this app is horrible, it just blatantly violates so many Apple App Store guidelines,” as noted by Wardle. The researcher also points out that the majority of the reviews were “glowing”, which is in striking contrast with Adware Doctor’s capabilities. This also means that these reviews were fake and were there to fool users.

Wardle also says that Apple’s inadequate behavior in this situation is rather bothersome since Adware Doctor is a top-selling app. This simply means that Apple is making money out of it. Nonetheless, the researcher believes that Apple simply overlooked this. “If they pulled the app and then refunded customers’ money that would help to illustrate their commitment to safety in the App Store,” the researcher concluded.

As already mentioned, Adware Doctor was taken down few days ago. How do you feel about this story? Did you have the app installed on your Mac? Has your opinion about Apple changed? This is not the only aggravating discovery about Apple from the past few days. Another group of researchers recently discovered that an increasing number of iOS apps have been used to silently and secretly collect location histories from tens of millions of Apple devices. The apps used packaged code provided by data monetization companies.