The increasing usage of mobile devices outnumbering the current human population has also pushed programmers to focus on creating software needed in the sector. Since many users keep a lot of data, such as images, documents, songs, and everything account-related, there is an increasing risk of this data becoming lost. Unlike a computer, a smartphone is constantly on the move, and it is exposed to various risks – physical and logical. Luckily, there is software to recover lost files or other information, such as Android Data Recovery Pro – the software aims at scanning your device from your computer and recovering your data. We have decided to check whether or not this is working by testing it on an Android smartphone.

The first interesting feature which we noticed about this program was that it installed relatively fast and easy and there is a reason for that – the program is only 37.6 MB in size. However, while being idle and while recovering data it was a bit heavier on the CPU of the computer that we thought it would be at that state:

Furthermore, the software had a feature allowing it to scan your smartphone via Wi-Fi: 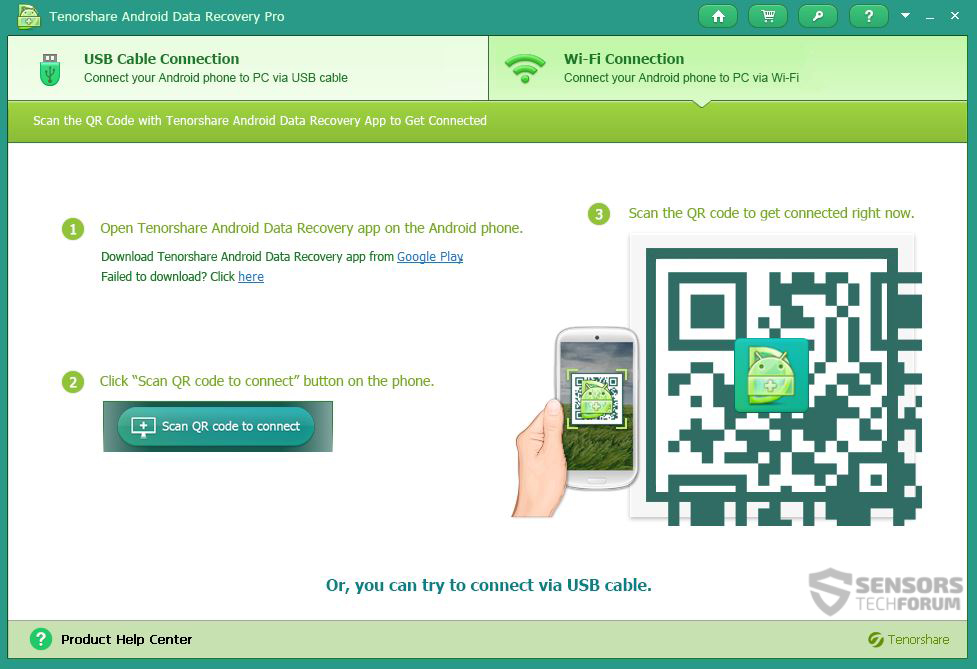 When we decided to test whether or not it actually works, we were surprised to find out that the application was not in the Play Store. Despite all the risks and the usual request for permissions for network usage, we installed the Tenorshare Data Recovery App. Then, during following of the above-mentioned instructions we have managed to find out that the app sometimes failed to scan the QR code and confirm it. 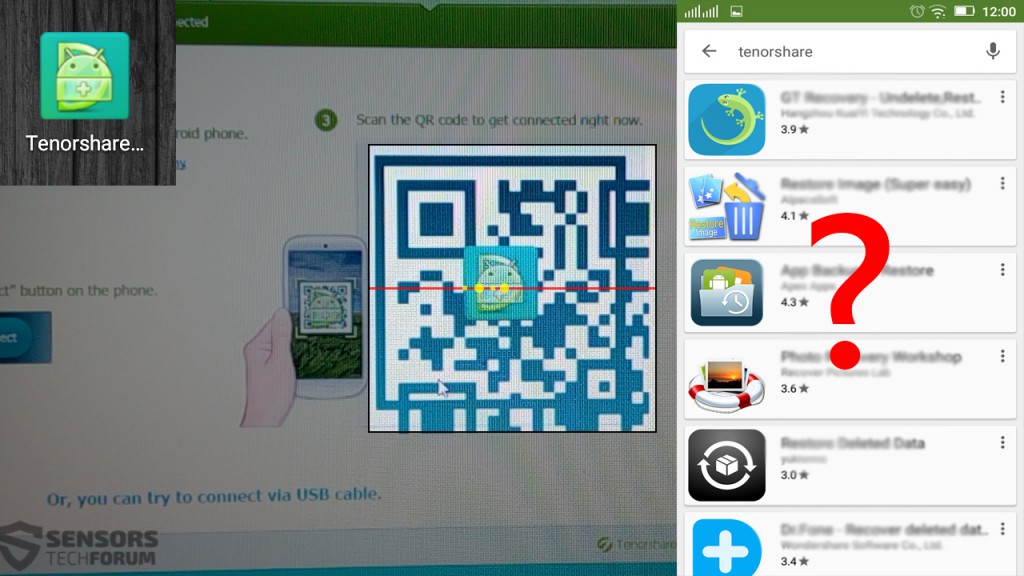 So if you are going to recover your data via this program, we would recommend using the USB Cable Connection scanning feature, which is way faster to set up and use. In fact, all you may want to do(If you cannot connect via USB) is enable USB debugging on your phone and the program has several tutorials for the different Android versions:

Besides this, connecting via USB is simple. Just plug in your smartphone, and click on “Find your device” after which choose it, and the program will present you to a menu where you can choose to:

After this, the program begins to scan for and recover all data which is salvageable. This is very variable because it depends on the health of the smartphone’s memory. After finishing the scan for contacts and files, the program will save the contacts in a .docx document for Microsoft Excel and the restored files will be saved in a recovery folder.

There were several details which made a good impression on us during the software’s usage:

Unfortunately, we found many details that require immediate attention and some things we believe could be improved:

This is a neat little program that can surely recover data from your phone. But its developers need to keep in mind that the Wi-Fi feature and app should be put in Google PlayStore to make this option more accessible, since not everyone will eventually carry USB cables left and right. Otherwise, we would recommend using it in case you have accidentally deleted your contacts or some photos.