Avast and AVG to Join Forces. What Should the AV Market Expect? 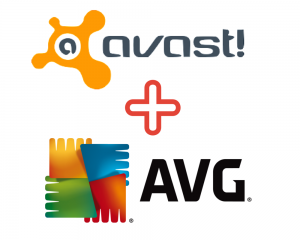 Avast Software has just announced their intentions to acquire AVG Technologies, the company that owns the popular AVG Antivirus program. The announcement was made today in the form of a blog post by Avast’s CEO Vincent Steckler. Shortly put, Avast will make an offer to buy AVG’s stock, $25 per share. The total amount should be close to $1.3 billion.

Similarities Between Avast and AVG

One difference between the two is that Avast is a private company, while AVG is public. As such, it is listed on the New York Stock exchange.

Avast to Buy AVG: The Deal

According to Steckler, AVG’s Board of Directors has confirmed the offer, and will be advising the company’s shareholders to vote in agreement to it. If everything goes smoothly, the acquisition will be revised by the governmental regulatory procedures.

What to expect from the acquisition?

Since both companies have large userbases (200 million users each), Avast expects the number to reach 250 million, including OS X users, and 160 million on mobile. The company also plans to focus on mobile technology.

Our website (and AVG’s) contains a lot more information about this transaction—the press release, FAQs, etc. As we are allowed during the process, we will convey to you, our users and customers, all the information that we are allowed. Most importantly though, I assure you that we value every single Avast and AVG user and will do our best in the future to keep you protected and to keep your trust, Steckler writes.

Where Does Avast Currently Stand on the AV Market?

According to a report by OPSWAT for January 2015, the company is the leading AV solution on the market with 21.4 percent, followed by Microsoft (19.4%) and AVG (8.6%). The company is also supported financially by investors like Credit Suisse Securities who backed it up with $1.7 billion.