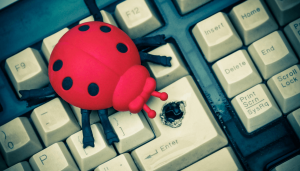 A new issue affecting Windows 10 versions 1903, 1909, and 2004 has been discovered. The issue is preventing Windows Sandbox and Windows Defender Application Guard from opening, which leads to either of the following error messages:

If you’re not familiar with Windows Sandbox, it is because it is a new feature of Windows 10 Pro and Enterprise editions, existing since version 1903. The feature allows users to launch a VM (virtual machine) with a basic version of Windows 10 and run suspicious applications without the danger of affecting the main operating system.

This feature is especially helpful for various IT specialists as it enables them to run potentially threatening executable files in a container.

As for Windows Defender Application Guard (WDAG), it is also a new addition to Windows 10 Pro and Enterprise, which can be used by administrators to create a list of trusted websites and local resources. As explained by Microsoft, the feature is designed to help prevent old and newly emerging attacks to help keep employees productive. “Using our unique hardware isolation approach, our goal is to destroy the playbook that attackers use by making current attack methods obsolete,” the company says.

If an employee goes to an untrusted site through either Microsoft Edge or Internet Explorer, Microsoft Edge opens the site in an isolated Hyper-V-enabled container, which is separate from the host operating system. This container isolation means that if the untrusted site turns out to be malicious, the host PC is protected, and the attacker can’t get to your enterprise data. For example, this approach makes the isolated container anonymous, so an attacker can’t get to your employee’s enterprise credentials.

Why does the error occur?
Windows Defender Application Guard (WDAG) or Windows Sandbox might fail to open with the error, “ERROR_VSMB_SAVED_STATE_FILE_NOT_FOUND (0xC0370400)” or “E_PATHNOTFOUND (0x80070003)“, Microsoft says. To mitigate the issue, Microsoft says that a restart of the device is needed.

The issue will be addressed officially in an upcoming release of Windows 10, without specifying when exactly the bug will be fixed.