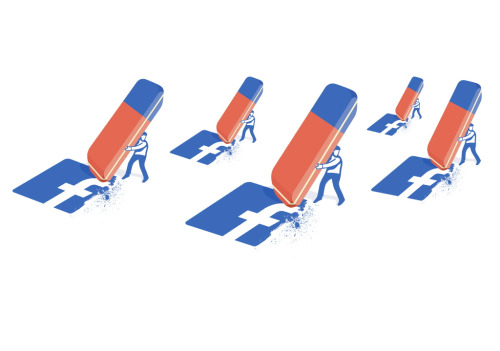 These are excerpts of internal documents that explain to content moderators what they need to do. To protect our sources, we have made visual edits to maintain confidentiality. While the rules are constantly changing, these documents provide the first-ever insights into the current guidelines that Facebook applies to delete contents, the newspaper wrote.

The documents are given to both Facebook’s own staff and third-party content moderators. The information available in the exceprts doesn’t differ much from FB’s public guidelines but it provides further insight.

The most interesting chapter concerns Facebook’s stance on hate speech. This issue has turned into a very discussed topic in Germany when the company is currently facing a lawsuit, due to inaction on the matter. Apparently, the documents display loopholes regarding hate speech policy that Facebook applies to establish hateful rhetoric.

The documents reveal that the social network doesn’t permit “verbal attacks” on a “protected category”. The categories are based on factors such as sex, religious beliefs, gender, race, ethnicity, sexual orientation, national origin, disability or serious illness. Some of the categories have sub-categories that get extra protection, like in the under-age criteria where youngsters and senior citizens receive priority.

Here’s an illustration of categories where things get tangled. A sentence which contains an expletive followed by a reference to a religious affiliation (such as “f*cking Muslims”) is not allowed. But the same rule doesn’t apply for “migrants” as they are allegedly a “quasi protected category”. Furthermore, a sentence like “migrants are dirty” is allowed but “migrants are dirt” isn’t.

Digital Trends said they reached out to Facebook to get some clarifications on the confusions but it didn’t receive an answer straightaway. If the documents turn out to be official, the social media will have to explain quite a few things. The examples mentioned above would definitely cause havoc, especially for German authorities, since the term “migrants” was added to the criteria list after public pressure was detected in the country. In addition, German Justice Minister Heiko Maas pushed for restraint on hate speech scattered via social media such as Facebook.