Facebook Virus Posts Your Profile Picture With a Link 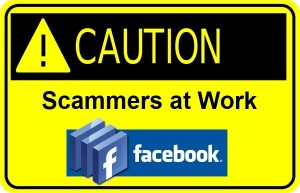 Another Facebook virus has been released, unlike any other. This malware has a botnet-like capability and can post your profile picture along with a URL and a video on your Facebook timeline making it look like your friend has made a video of you. Many users online have complained seeing their friends post the picture and a video. In case you see such posts on your profile DO NOT OPEN them and inform your friends who have posted the photos to read this article and remove the Facebook virus from their computer, after which change all of the passwords on the accounts.

This clever type of malware may use a very interesting way of spreading – from infected profile to infected profile, just like a worm or a botnet. As soon as it infects a computer via a spam message or some other dubious web link posted online, it may take over the Facebook profile of the victim by modifying web browser settings.

Furthermore, many believe that just like the Facebook trojan, called Zusy this virus aims to send .ZIP files or other archives in which a .jar or another partial and malicious file may infect the user’s PC.

These type of Facebook Trojans operate on the botnet principle, and they can quickly become very massive and-and it’s primary purpose is to steal your information:

One particular user who first detected the virus has posted:

“IMPORTANT:
THERE IS A NEW VIRUS ON THE NET!
I ALREADY DELETED SEVERAL POSTS ON MY FACEBOOK WALL FROM MY FB-FRIENDS, WHO DO NOT HAVE ANY IDEA WHAT IS HAPPENING! THE POST IS MY PROFILE PICTURE WITH A VIDEO UPLOADED TO IT! DO NOT OPEN UNLESS YOU SEE THIS AND IMMEDIATELY DELETE IT! IT COULD BE YOUR PHOTO WITH A VIDEO ATTACHED; THIS IS THE VIRUS!”

A new Facebook virus has been spreading for the last few months. How it propagates in general is via a link sent by a fake or hijacked Facebook profile. The message will display through the Facebook Messenger app and lead directly to the malware or a page controlled by cybercriminals resulting in the threat being delivered to your device. The threat is still on-going. You can read more about it from the “Facebook Virus Detected in Ongoing Worldwide Attack” article.

Malware researchers also believe that this virus, which is still active may be spreading as a part of a massive phishing scheme. The phishing scheme is also believed to be involved in something many refer to as Facebook Photo Tagging Phishing. Such scheme uses an e-mail that informs the Facebook user that they were tagged in a photo. Once the user clicks on the fake link, it does not lead the photo, but instead infects the users with malware. While unrelated to this virus which is in Facebook, information from it may be used to assist this phishing scheme.

Another scheme used in association with this is the photos themselves in Facebook being viewed by a third-party app. There are many suspicious third-party applications and Facebook usually fails to verify logins from such apps, simply because of their sheer number. Despite this, Facebook removes such apps if it detects them, but users should beware and always look for the original applications to use.

And this is not all schemes associated with this virus. Many malware writers tend to lead users out of Facebook to third-party web pages which are unverified and aim to either phish for information or infect a device with malware. This is why users are often advised to always perform check on web links before they visit them. One way to do it is by using VirusTotal.com’s online link checker.

One of the reasons why the topic of Facebook viruses is constantly in the news is the fact that computer hackers are always attempting various infection strategies.

Social engineering strategies remain one of the most widely used methods. A recent news report reveals that Facebook account credentials are sold for $5.20 on the underground black markets. The computer criminals can buy them in bulk and use the acquired information in order to send scam messages to other profiles.

We have taken great interests in Facebook malware over the time and have spotted all kinds of Facebook viruses that perform different scams and activities:

A Facebook RayBan Scamming virus which posts pictures that lead to web links which are either malware-containing or phishing, meaning they aim to get you to enter your personal information on a fake online retailer for sunglasses.

A Facebook scam creating Fake accounts and sending fraudulent friend requests. After they add you, they send a malicious web link to infect you with malware.

“Small Humanoids Discovered In The US” Facebook scam that aims to lure users into clicking on a suspicious web link with a video.

Facebook dislike button scam that gives users a fake invitation to try out a new Facebook project – the dislike button. Many fell into this clever trick clicking on the malicious link.

Facebook change color virus that lied to users they can add a browser extension and change the color of their Facebook web page. The extension used cookies and other information collection tools.

In case you are a victim of this nasty malware infection, we strongly advise you to secure your profile from a safe PC first. To do this follow these simple steps:

1-Click the arrow down drop-down menu on the top right of your Facebook page:
2-Choose Settings and then click on Apps.
3-Look for any apps you haven’t added and remove them.