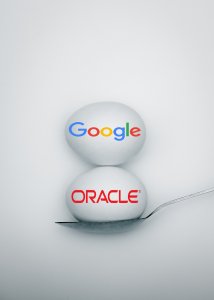 Have you heard of the lawsuit between Google and Oracle? Filed several years ago, the lawsuit Oracle America, Inc. v. Google, Inc. has now been resolved, in Google’s favor. A jury in California’s Northern District federal court just declared that Google’s use of copyright-protected code in Android was fair and freed the company of any liability, as reported by The Verge.

The reason for the lawsuit was Oracle’s control over the copyright on the code. Oracle was seeking $9 billion for its use.

The case was built on an API developed by Java and owned by Oracle. The API allows external programs to interact with Java apps. In fact, Android uses the same API. In May 2014, the Federal Circuit ruled that Oracle had a credible copyright claim. Later, Google argued that Android’s re-implementation of the API established fair use, allowing employment of the code without impairing Oracle’s copyright.

The lawsuit revolved around archived emails sent by Android founder Andy Rubin. He continued to develop Android even after it was acquired by Google in 2005.

Dorian Daley, Oracle’s general counsel, made a statement that they planned to appeal. “We strongly believe that Google developed Android by illegally copying core Java technology to rush into the mobile device market,” Daley said. “Oracle brought this lawsuit to put a stop to Google’s illegal behavior.”

The court fight between Google and Oracle will likely continue. The case could be moved to the Supreme Court, though it was unclear whether the court would rule definitively on copyright, said Pamela Samuelson (via NY Times), a professor at the School of Law and the School of Information at the University of California, Berkeley.