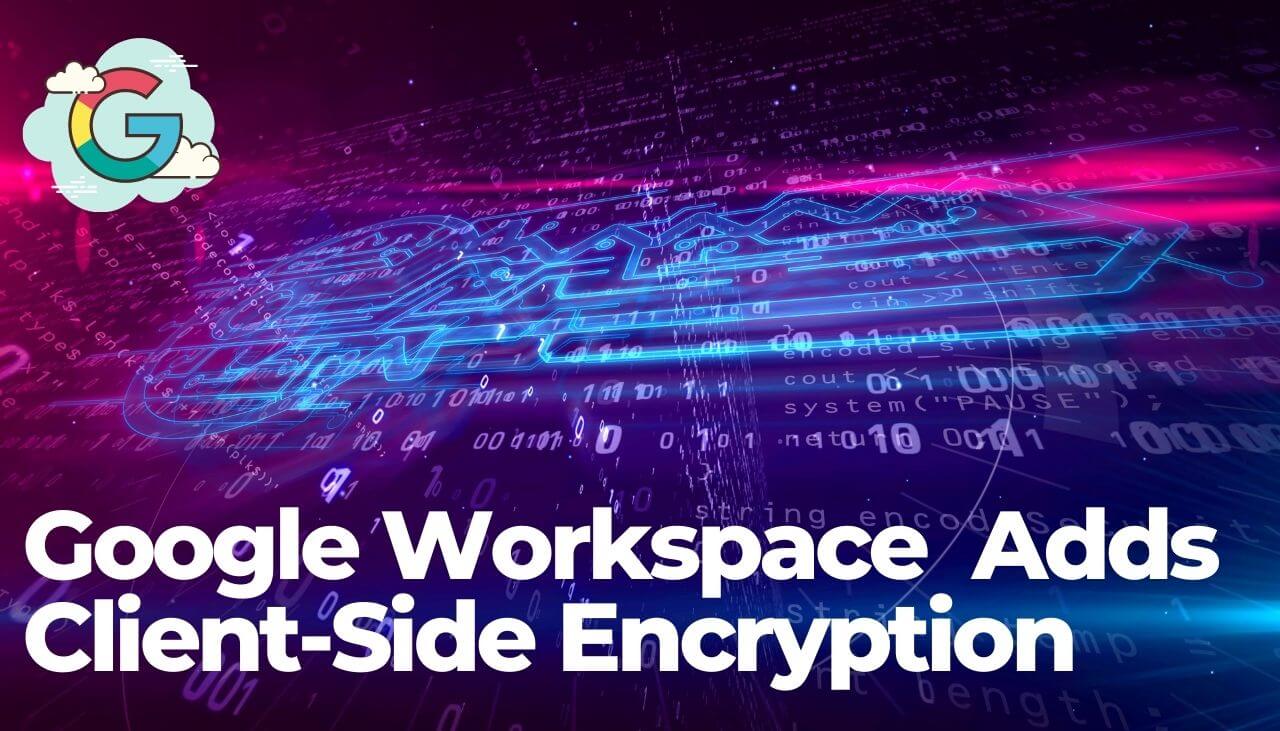 According to a new Google announcement, the search giant is rolling out client-side encryption for its Google Workspace, previously known as G Suite.

The new addition synchronizes with Google Workspace and Google Chat’s broader availability to all users with a Google account. Workspace is created for enterprises and consists of Gmail, Chat, Calendar, Drive, Docs, Sheets, Slides, Meet, among others.

This latest security feature will give its enterprise customers direct control of encryption keys and the identity service they select to access the keys. “We’ve long been advocates for making the web a more trusted place for everyone,” said Google in the official announcement.

The also company pointed out some of its movements towards better security, such as creating Gmail to fight off spam, launching Safe Browsing, and turning HTTPS on by default in Chrome, or flagging sites that lack encryption.

What does client-side encryption mean to users? “With client-side encryption, customer data is indecipherable to Google, while users can continue to take advantage of Google’s native web-based collaboration, access content on mobile devices, and share encrypted files externally,” Google explained.

Furthermore, combining this new encryption with other such capabilities the company offers, customers will have new levels of data protection for Google Workspace data.

Shortly said, the search giant is taking its cryptographic standards to a new level by giving customers direct control of encryption keys and the chosen identity service to access those keys. Client-side encryption makes customer data indecipherable to Google. Of course, customers will still be able to use the company’s native web-based collaboration, access content on mobile devices, and share encrypted files externally.

“Client-side encryption is especially beneficial for organizations that store sensitive or regulated data, like intellectual property, healthcare records, or financial data. It can help meet data sovereignty requirements and compliance requirements for ITAR, CJIS, TISAX, IRS 1075, and EAR,” Google pointed out in the announcement.

The company is rolling out a beta for Client-side encryption in the coming weeks for Google Workspace Enterprise Plus and Google Workspace Education Plus customers. “Client-side encryption will initially be available for Google Drive, Docs, Sheets, and Slides, with support for multiple file types including Office files, PDFs, and more. Interested customers can sign up now for the beta,” the company noted.

Related: Update Your Google Chrome to Fix the CVE-2021-30551 Vulnerability