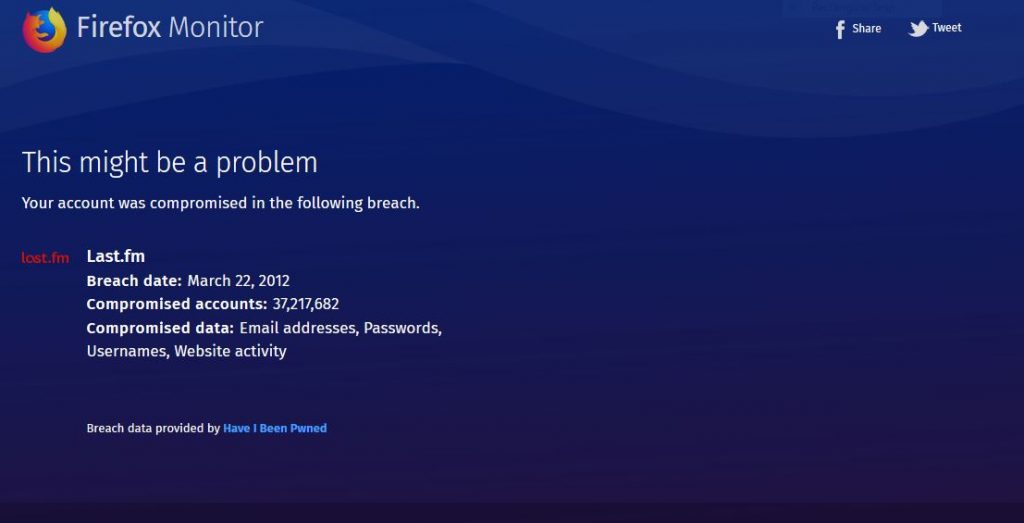 The Mozilla Firefox Monitor service is a new tool that will check whether the user email address has been a part of a major site leakage. It is based on “Have I Been Pwned” and seeks to bring more awareness to this problem. We anticipate that future updates will enhance its functionality and help users to protect themselves from danger.

Mozilla have launched a new service called Firefox Monitor which will check online user accounts in leak databases. It is based on the Have I Been Pwned service where the users will need to type in their email address in order to check for any major site breaches. The data will check the always updating databases which is especially useful as security incidents occur on a daily basis.

The Firefox Monitor is hosted at the web browser’s domain and uses the same API and process — interested users will need to enter their email address and the built-in mechanism will lookup it up in the known databases. Upon finding a successful match the site will return details about the incident revealing the known date of intrusion, the number of compromised accounts and what data has been affected.

Firefox Monitor allows interested users to set up email alerts, whenever an incident is reported the victims will automatically receive a notification about it. At the moment Firefox Monitor is nothing more than a branded front-end that may be more recognizable to the average Internet user. We anticipate that Mozilla might integrate it with their browser at some point or offer it as part of their online account system. According to a Mozilla statement released to the media the currently available version is merely the first phase and they will enhance it in the next couple of months.

The posted recommendations for breached accounts at the moment are the following: