Home > Cyber News > What Is the Most Outdated Program on Your PC? Is It Java?
CYBER NEWS

What Is the Most Outdated Program on Your PC? Is It Java? 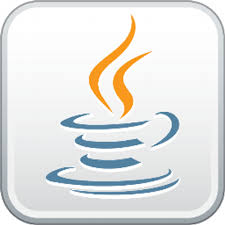 Have you ever wondered which are the applications that mostly endanger the online security of users? Well, no need to wonder here! On top of this list are Java and Flash Player, as revealed by Avast data gathered anonymously from 116 million Windows desktop and laptop users.

Flash is next on the list with 99 percent of users needing to update it for Internet Explorer. 92 percent of Foxit reader users need to update the application they are running an older, vulnerable version.

What about the Most Secure, Up-to-Date Applications?

Avast data shows that on top of that list is Google Chrome with 88 percent. Next is Opera with 84 percent and Skype with 76 percent. What does this say? That even the programs set to update automatically are not always up-to-date.

Windows XP is still being used as Avast says it’s installed on 6 percent of the systems it gathered information from. Windows 7 turned out to be the most popular operating system with 48 percent of users, with Windows 10 next on the list with 30 percent.

Other curious findings concern the speed of users’ machines. Low memory size is the key reason for slow performance, with 4 GB being the most common size. On the contrary, approximately 15 million users of Avast are running 8 GB memory. This may easily mean that bigger RAM is becoming more widespread.