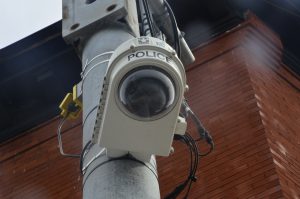 This attack did not result in the jeopardy of the national security, but the answer from the experts was immediate. They have managed to shut down the devices, instead of paying any ransom demanded from them. After shutting them down, the devices were completely wiped out and the software on them was installed anew, resulting in the recording devices connecting to the grid and functioning successfully again.

The attackers did not manage to obtain credentials or other important information from the network and the attack was halted in about 2 days time. However, the police are still investigating the location from which this attack was actually conducted.

It has not been disclosed whether or not crucial files were encrypted or wiped and whether the police were actually able to restore encrypted files.

It is also not clear whether or not the attack was caused by cyber-criminals for profit or by hacktivists to halt them from recording any protesters or the criminals themselves.