Have you heard, or worse – experienced, the T5000 backdoor that was detected in 2013 and 2014? If you are a human right activist, a government clerk or an employee of the automotive industry in the Asia Pacific, chances are you were infected by the sophisticated T5000 malware.

Unfortunately, a recent research by Palo Alto Networks, the same security company that first analyzed the T5000 malware family (also known as Plat1), indicates that the backdoor has a new version.

Meet T9000 – the Backdoor that Aims at Skype Users 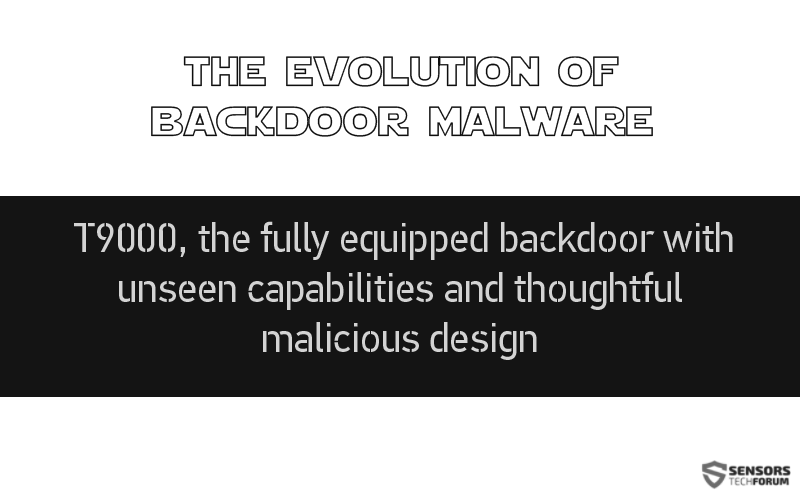 As just said, the T9000 malware appears to be a new version of T5000. T9000 has been spotted being distributed via spear phishing emails within the US. Apparently, even though certain organizations are currently on target, the piece is adaptable enough to be used in various campaigns against various targets.

T9000 is not only capable of flying under the radar and evading detection, two features present in most advanced backdoors. T9000 is also capable of capturing encrypted data, taking screenshots and specifically targeting Skype users. The whole installation process of the malware goes through 4 stages, and a lot of effort has been made to avoid detection and any ongoing security analysis.

In addition, the malware is accurate enough to identify 24 potential anti-malware products that may be running on the targeted system:

The above mentioned anti-malware products are included via a binary value that is combined with any other security products. As explained by Palo Alto researchers, the following numbers represent each respective security product.

That being said, if both Trend Micro and Sophos are found on a victim machine, the resulting value will be 0x08000800. The value is then written to the following file:

If everything goes as planned, once installed, T9000 will collect information about the system, send it to its command and control server, and mark the targeted system so that it is distinguished from the others.
Once the infected machines are recorded and the information that can be stolen is identified, the command and control server sends specific modules to every target.

One of these modules, or plugins, has been found to be particularly interesting:

tyeu.dat: send to spy on Skype activities; once the module is installed and running, the next time Skype is started, a message will appear saying that “explorer.exe wants to use Skype”.
tyeu.dat can also:

The advancement of the T9000 backdoor malware is an excellent proof of how determined and well-funded malicious attackers are. The authors of T9000 have done their best to avoid being detected by AV vendors and to evade the investigation of reverse engineers. Luckily, the researchers at Palo Alto have shared publicly their vast analysis which is available online. Have a look at the whole Palo Alto Networks report.

In addition, we would like to remind every organization out there how important incident response is: