Panda Banker Distributed via Macros in Word Documents and EKs 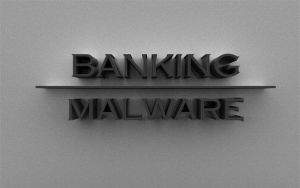 Banking malware has evolved a lot during the last couple of years. New banking malware pieces keep on emerging, targeting banks all over the globe. The latest threat of the kind has been identified by researchers at Proofpoint and Fox IT InTELL. Panda banking Trojan shares features with the infamous (and relatively old) Zeus, and is currently attacking banks in Australia and the United Kingdom.

Panda Banker: A Look into the Attack

According to researchers, the first attacks, initiated via malicious Microsoft Word files, were registered on March 10. As usual, particular vulnerabilities in MS Word are exploited, identified as:

In order for those vulnerabilities to be exploited, the potential victim is lured into enabling the macros within the Word files. As for the files themselves, they are being spread in targeted email campaigns. During the detected attack, the emails were sent to individuals working at mass media and manufacturing corporations. In a successful attack, upon enabling the macros in the Word document, Panda banking malware is downloaded from 78.128.92[.]31/gert.exe – a subnet used for various targeted attacks, as pointed out by the research team.

What Kind of Information Does Panda Banker Steal?

Once a connection with the command & control server is established, Panda banker will send home information such as (but not limited to):

Once the needed information is sent and received, the command & control server responds with a configuration file that contains other C&C servers. Also, the file contains a list of websites (banking portals) for Panda to compromise by inserting malicious code.

According to Proofpoint’s research, clients of the following banks are targeted: Santander Bank, Lloyds Bank, Bank of Scotland, TSB, and Halifax UK.

Another distribution method employed by Panda’s creators is via exploit kits. This is what the researchers say:

We observed at least three different exploit kits delivering Panda Banker since March. These include Angler Exploit Kit, Nuclear Exploit Kit, and Neutrino Exploit Kit. Our observations show that geo-filtering was used to deliver the Panda Banker payload in Australia and UK.

Banking Trojans have caused great damage to unsuspecting users, generating fraudulent transactions and stealing banking credentials. Attack scenarios can go even worse, if the particular banking Trojan installs additional malware such as ransomware. Since banking malware continues to be a huge issue in cyber security, it’s only natural to ask oneself how becoming a victim can be avoided.

For obvious security-related concerns, macros are usually disabled by Microsoft by default. However, cyber criminals know that and always find ways to make potential victims enable macros and subsequently get infected, exactly like in the case of Panda attacks.

In short, to increase one’s security against banking malware, and any malware really, follow these steps:

And don’t forget to keep your anti-malware program updated and running at all times!