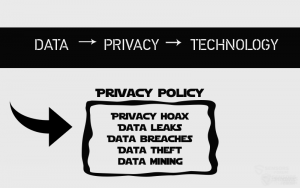 An intriguing research has been just completed by online privacy company Vest. The research, performed among UK users, was commissioned to determine the levels of trust people have when it comes to platforms such as Microsoft, Apple, Google, and Facebook.

65% of the participants believe more in Microsoft than in Apple, which got 56%.

Not a surprising but a very alarming fact is that 83% of the respondents said that they never read the privacy policies of the services they use. Only 26% of the Brits aren’t really bothered by the fact that they’re being tracked by their ISPs and mobile operators.

On the contrary, 18% of the people had no idea that their ISPs and mobile networks could spy on them.

63% of the Brits that took part in the research believe that they shouldn’t be tracked by the government, in terms of their online activities.

Advertisers’ retargeting has been deemed annoying by 60% of the participants. In addition, less than 50% believe that targeted ads are intrusive and only 13% of the people find them useful. 73% of the users are worried that their mobile device or personal computer can be hacked.