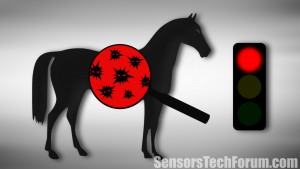 In terms of mobile malware, Android has been a primary target, attacked by various types of malicious software. From adware, to Trojans and ransomware, Android users should be extra cautious and should think about the protection of their devices, especially when new devastating threats emerge.

One quite dangerous Android threat that users should be aware of is the Acecard Trojan. First detected in 2014, Acecard is a perfect example of how malware, mobile malware included, evolves and becomes disastrous to its victims. When it was first ‘released’, Acecard was a simple piece of malicious code – a sniffer aiming at the collection of personal information. Collected data was then sent to the command and control server.

Back then, malware researchers weren’t particularly interested in Acecard, regarded as just another Android Trojan with nothing special to offer. However, the current state of Acecard proves that its developers not only didn’t give up but they also continued to improve its capabilities. As a result of their continuous efforts, Acecard is now a very effective phishing tool. So effective that in terms of what it can do, Acecard can easily be compared with its desktop brothers.

A look into Acecard attacks

Acecard’s first attacks were registered in May 2015, when the Trojan targeted Australian banks. This is when the research team from Kaspersky Lab began observing the threat closely, analyzing its behavior. Back then, attacks on Australian banks were unusually high in number and frequency, and Kaspersky found out that a single banking Trojan was responsible. Acecard.

The Trojan is capable of performing almost any malware functionality currently available on the malware market. Acecard can steal a bank’s text and voice messages, it can simulate the official login page of the bank to try and steal users’ PII and account credentials. Acecard’s most recent version can also attack about 30 banks’ client applications and payment systems. Unfortunately, Trojans such as Acecard can overlay any app upon command, which means that the number of targets may even be bigger than 30.

The Kaspersky Lab team registered more than 6,000 attacks taking place between May and September 2015 and targeting German, Russian and Australian users. However, other banks were also compromised – French, Spanish, American, British, and Austrian.

Not surprisingly, all these statistics add up to the biggest compilation of phishing interstitials in Android registered to this date.

According to security researchers, Acecard can successfully imitate 32 banking systems, PayPal included, plus the Google Play and Google Music payment screens. To make things ever worse, we should add the imitation of 17 Russian banks’ payment systems and their SMS-based verifications.

Not only does the Trojan affect multiple banks. Its range of capabilities incorporate social networks (Twitter, Facebook, Instagram), and services such as Gmail Android and instant messengers such as Skype, Viber and WhatsApp. Acecard attacks, involving any of these services, harvest login credentials which are then transferred to the criminal command and control server.

A look into Acecard’s distribution methods

Keep In Mind Android users should remember that Adobe put an end to the development of Android Flash in 2012. Any attempts prompting them to install Flash on their Android devices should serve as an indication of malicious intentions.

What to do, if your Android device was compromised by malware

The very first thing to remember is that antivirus protection is crucial to both your PC and your mobile device. In 2015, mobile malware was a huge problem to IT security, and as it turns out, things won’t be much different in 2016.