Business with Fake Likes Is Booming, Despite Facebook Warnings 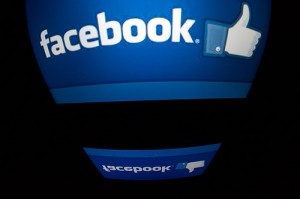 A note on the Facebook Security Page posted on October 3, informs the public that the administrators of the social media are putting all efforts to eliminate the “fake likes” practice that is enjoying great popularity lately.

It is a continuous conflict against all spammers and scammers, in which the social media has tried many different tactics.

Facebook applies algorithms to identify fake accounts and techniques used by the scammers to hijack Likes. Facebook also monitors Page engagement and limits the amount of Likes that can be received by a Page in case a fraudulent activity is detected. Limiting the opportunity to draw more genuine followers seems to be an effective penalty approach against Pages that use phony Likes.

And despite all efforts, scam businesses that sell fake likes to Page owners, promising them an increased traffic, somehow flourish. According to an expert evaluation, this questionable business is worth $200 million per year.

Acting in terms of the National Cyber Security Awareness Month, Facebook is trying to lead the campaign with an emphasis on the “awareness”. Facebook warns the users that the purchase of fake likes is actually causing more damages to their Page, than helping it gain popularity. It is highly unlikely for the people involved to engage with the Page after the initial Like. The algorithm created by the Facebook administrators considers/ accounts the Page engagement ratio as it determines where and when to deliver the legit content and ads of a Page. This way, Pages with artificially increased amount of likes are facing difficulties to contact the users they care about most.

Regardless of all efforts of Facebook, all warnings and lawsuits, the fake Like industry has been growing in the recent years.

An example for one such business is Marketing Heaven that apparently promises to supply its customers with authentic Facebook likes from “real” fans. According to their official page, the company does not offer fake accounts, unlike many of their rivals. Marketing Heaven also claims to provide the users with “perfectly legitimate” services that are compliant with the terms of Service of Facebook.