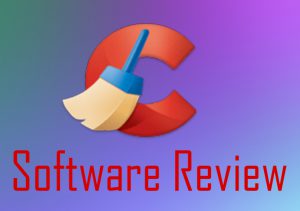 Given the continuously increasing number of PC users in combination with the ever-increasing power of computer systems, the need for optimization of PC’s has also increased, since different applications nowadays are more demanding than ever.

This is the proving ground for what is likely the most famous program for OS optimization, CCleaner is a tool that quickly became popular as soon as it came out. Initially, users were confused because they were new to optimizing programs, but CCcleaner managed to quickly adjust to this market as one of the leaders in it, by lightness, speed, simplicity and a well-made free version. This is what drove us to perform a software review of the program to illustrate its capabilities, pros and cons and to demonstrate its usefulness.

Update September 2017! The versions CCleaner 5.33.6162 and 1.07.3191 of CCleaner Cloud have been compromised by malware. If you have them, read the following article to learn how to remove the malware and protect your computer.

When we take a look at the initial size of this program, the total sum of the file sizes of its program files is approximately 19 MB which is very little and in combination with its light design, can run even on computers which are very non-demanding regarding performance as well:

While processing information, however the little program becomes quite demanding, mostly because it requires a lot of processing power to delete the many PC overloading elements which it supports: 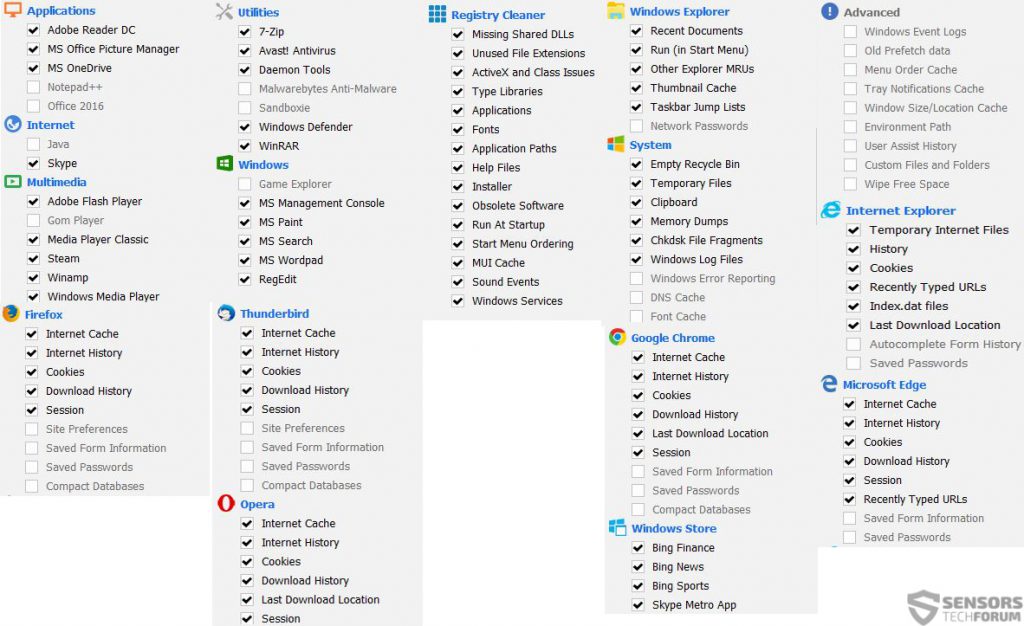 While we were astonished by the many features of this interesting program, we also noticed that it has some other pretty interesting features as well. Not only does the program offer to clean up a wide mix of elements and objects for Internet Explorer, Edge Browser, Windows Explorer, System Objects and others, but it 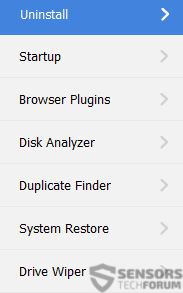 Besides those quite interesting and in the same time necessary features which simplify the need for accessing each location to manage them, the program also offers the detailed management and overview of cookies: 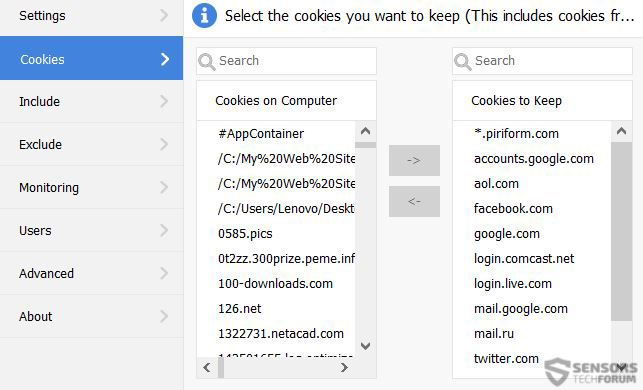 Furthermore, CCleaner has an excellent monitoring setting which allows the user to configure it to automatically monitor and notify the user and even to clean up given applications or even the whole system automatically as soon as it detects that it has reached a certain size limit: 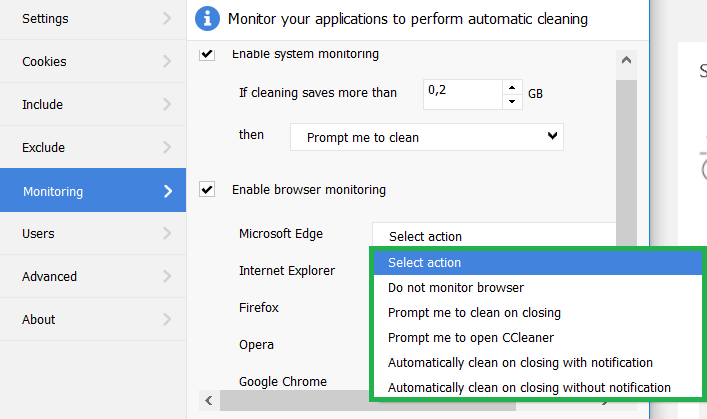 Besides those features which straight up turn this program into something that resembles a compact version of Control Panel of your computer, it also offers several advanced settings to users: 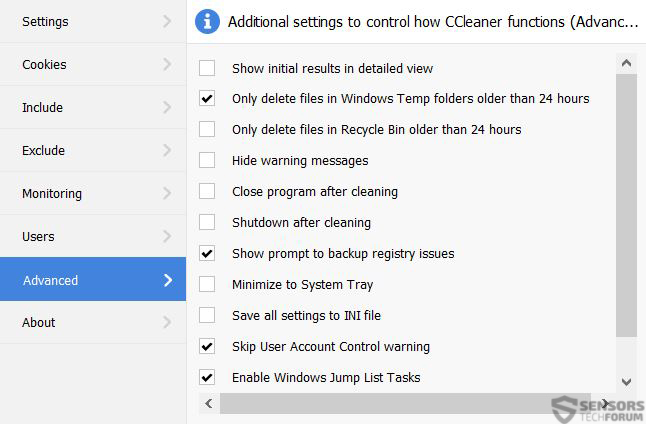 And when you let CCleaner assume control of the cleaning of your computer, it does not mess around. The program may assume permissions to close applications, like your browser and any other app that is on its way to total “spring cleanup”. 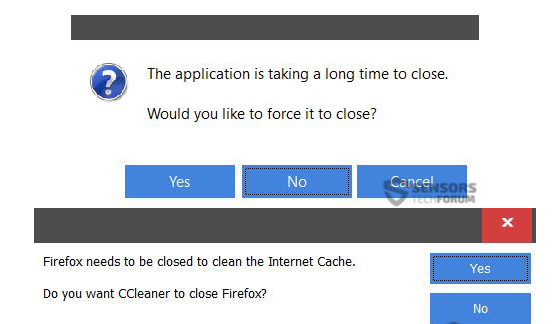 Not only this, but the software is rather fast as well, and it even proudly calculates how much time it took it to get rid of the objects making the computer “heavy” and slow: 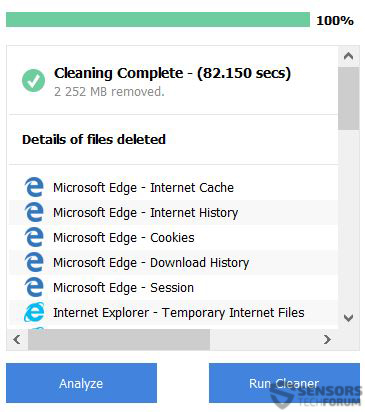 The best part of all of the perks of the professional version was that all of this was available to be scheduled to be performed automatically, while CCleaner runs in your system tray. The program will even update silently without you noticing it. And all of this at the expense of 4.7 MB of RAM taken up from the computer while the program is actively running on it and idle.

This program has evolved with time to something a hell of a lot more than a simple registry cleaner. It offers features that are beyond what it seems to be at first glance and this is great. Since CCleaner is a powerful little program, however, we advise you to always write down your passwords since the software may clean up your cache and you saved passwords. Yes, you can add an exclusion list for some objects, but still, it would have been nice if the program detects such passwords, especially if users are ready to purchase its licensed versions.