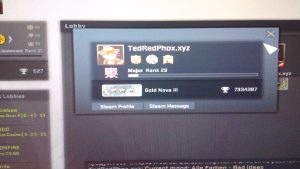 Hackers have been detected earlier this month to join almost every lobby in one of the biggest online competitive games out there – Counter Strike:Global Offensive. The hackers did not have any specific need, but a simple message they had towards the players.

The hackers, nicknamed “TedRedPhox.xyz” and “gerbal1337.xyz” have been detected to visit lobbies via bots. These bots would then prevent the players from starting a competitive or any other game. The player profiles have been detected to have extremely high amount of winnings for their rankings, which means the profiles are fabricated bots.

What is interesting is the message of the hackers to the public, because it is primarily related to cheaters:

“Hello everyone, as you may know, there are a lot of cheaters in CS:GO and Valve doesn’t do anything about it, because they simply don’t care! They get enough money from skins and cases to not give a fuck about the game anymore and we need to STOP them!!! Please don’t playing CS:GO for 1 day, to proof them that we care about the game and want them to fix it, because as in it’s current state its unplayable. We are customers that are willing to pay for a good game without hackers and bugs that break the game. The CS:GO Community is getting bigger every day and all they care about is how to get more money out of the game with SKINS, STCKERS and stupid SPRAYS… Valve, fix VAC, it’s shit.”

The message is also translated in Russian variant and sent after the English one. 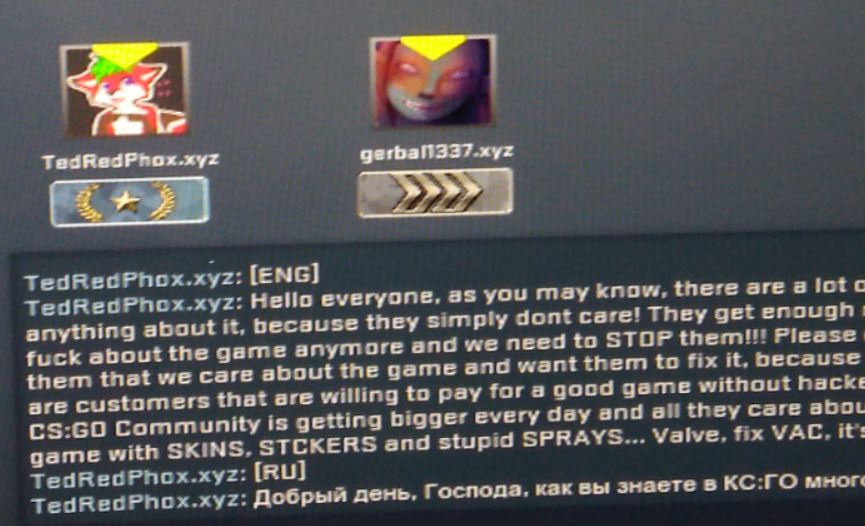 Now, reportedly, the hackers have been stopped, but attempts are still being made to locate whoever conducted these attacks, because of the sheer scale of them. This is one of many attacks on Counter Strike:Global Offensive as well as Steam and it shows us that there are multiple weak spots in the game that need to be fixed. Since such spam attacks on a massive scale can be conducted, there can also be other form of attacks as well, such as DDoS attacks that may even bring down servers.

After this attack has been conducted, valve has taken actions, banning all of the accounts of the players and restoring the ranks of the victims of the game in the same lobbies as the hackers were. However, will this just be temporary or will we see future attacks, only time will tell.