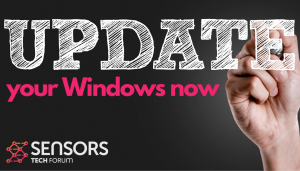 Have you noticed an out-of-band security update on your Windows?

According to the official advisory, “this update resolves vulnerabilites in the Windows operating systems that are listed in the “Applies to” section”. The vulnerabilities in question are the following:

Earlier this month, Microsoft released its regular set of updates. One particular vulnerability stood out – CVE-2020-1464. Security researchers revealed that the flaw was actively expoited in malicious attacks for at least two years before Microsoft fixed it.

According to the official description provided by Microsoft, the issue is a spoofing vulnerabilities triggered by the incorrect way Windows validates file signatures. In case of a successful exploit, the attacker could bypass security features and load improperly signed files.