Edward Snowden Could Receive a Pardon 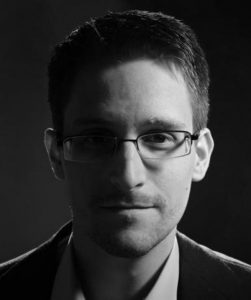 The intelligence committee of the white house claims that Edward Snowden, the person who revealed that NSA is conducting massive surveillance on citizens, is a criminal, and he should not receive any pardon. They have accused the National Security Agency leaker as a person who is the very opposite of patriot. This happened as a result of numerous calls by activists and leaders in the tech world addressed to Obama for pardoning Edward Snowden.

The primary argument for pardoning Snowden is that what he did indirectly benefits the democracy of the United States.

However, if you ask the lawmakers who deal with U.S. intelligence on a daily basis, they would strongly disagree. In fact, they issued a summary of the investigation of the Snowden case where there are claims that his actions led to damages on the national security as well.

Not only this but what Snowden stole were many dossiers and other files that have nothing in common with what he leaked and exposed. Also, these stolen files may have exposed national security, and if they fall into the wrong hands, they could be used against the United States. So far the U.S. has spent a lot of money to keep such things a secret, and this is the main argument against pardoning Snowden.

What is Snowden Doing Now

Edward Snowden himself is not wasting his time and keeps fighting for what he believes in. Recently it was reported that Snowden developed a case for the iPhone which prevents the government from finding the physical location of the phone.

The smartphones being ideal tracking devices allow for police to track the location via triangulating radio frequency beams from the device, which puts many people in immediate danger.

Not only this, but Snowden also cooperated with a hacker named Andrew Huang to create a system that alerts you if your phone is being tracked via radio signals.

Of course, phones have ways and settings that can stop radio signals, but bear in mind that according to Snowden, some devices like the latest iPhone have their GPS still being active without users suspecting it.

Not only this, but there is also a scenario where malware could infect the phone or other mobile devices and send such transmissions by overriding it’s security.

The phone case developed by Snowden looks like a regular phone case with the exception that it has a computing device in it that connects to the SIM card of the phone and detects any radio signals being sent or received.

Should Snowden Be Pardoned

On one hand what Snowden did indeed endangered the national security of the U.S. and may have even put human lives at risk and this is considered betrayal and unpatriotic.

But when you think about his purpose and his mission and what information he exposed about the government, it is important to consider how he impacted the history and the future, because what he did was intentional – to alert users about what happens to their privacy.