Home > Cyber News > If You Were Like Bill, You May Be in Trouble!
CYBER NEWS

If You Were Like Bill, You May Be in Trouble! 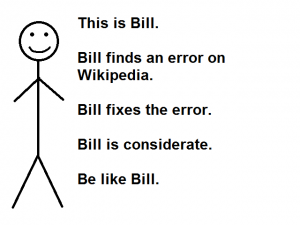 Another day, another Facebook-related privacy issue! Active Facebook users should be extra cautious because the currently viral Be Like Bill Facebook meme generator may not be secure enough. This particular story once more proves that privacy policies are of extreme importance. We advise you to continue reading.

First of all, we should say that security experts are generally suspicious when it comes to using such ‘fun’ services. The case of the Be Like Bill meme generator should serve as a warning.

The infamous meme that has definitely been through your feedback was created by the Blobla.com service. Blobla is a Vietnamese Web portal. A meme generator was also available on their website, and many users have used it. If it’s online and it’s viral and so many people have already tried it, what can the problem be? Well, as it appears, Blobla was investigated for a privacy breach. Privacy breaches are not to be neglected, and their frequency should raise awareness among average users.

You will allow us to use, edit your content with our service permanently, no limit and no recover.

The change in privacy terms initiated an investigation by BBB. The Bureau performed a thorough check on Blobla’s practices.

The possible privacy breach linked to Blobla’s privacy policy change may not be that scary simply because users were only prompted to give away their name and gender. However, if more sensitive personally identifiable information was collected by the service, the story should have been much more serious.

Just be careful with whatever is viral on social media. Nothing is what it seems, especially if it persistently appears on your newsfeed.